New Delhi: The Vice President of India, Shri M. Venkaiah Naidu has asserted that the nation could not accelerate its progress unless women were involved as equal stakeholders in every sphere of activity. He urged the governments at State and the Centre, NGOs and civic society at large to collectively work towards educating women on financial management.

Addressing the National Conclave on Women’s Empowerment Through Financial Literacy organized by the Learning Links Foundation in association with the Vodafone India Foundation, in Hyderabad today, the Vice President called for greater thrust on empowering women through financial literacy. ‘Making women equal partners in progress must begin by making them independent and empower them to deal with finances,’ he added.

Shri Naidu said that fastest growing economy like India which was projected by IMF to grow at 7.3 per cent this fiscal and 7.5 per cent in 2020 and is poised to become a US $ 5 trillion economy in next five years, must make women equal partners in that process by creating an enabling framework. ‘We must realize that one cannot change social dynamics without women’s involvement in the economy,’ he added.

Stressing the need for improving women’s understanding of financial rights, responsibilities and opportunities for income generation, the Vice President said that this was particularly important for a country like India which is witnessing a rapid economic and social transformation. He observed that educating women and girls about financial services, instilling the discipline of financial investment in them early would not only make them run households better, but would also help bring a turnaround in the fortunes of our country.

Pointing out that gender equality must be the concern of every citizen and not just women alone, Shri Naidu said that empowering women through financial literacy would not only help in bridging the gender gap but would also ensure more secure future for women. At the same time, it was equally important to impart training and skills to women for economic empowerment.

Observing that financially literate women ensure greater financial stability through investments and savings, Shri Naidu stressed the need to train rural women in the use of digital technology to promote and sell their products as also to ensure proper investment of their earnings.

The Vice President said that financial inclusion was one of the most effective accelerators of economic participation by women and called for efforts to generate or create programs and modules to increase financial literacy among women. He also complimented the Jaadu Ginni Ka campaign, a financial literacy initiative in India working in 15 states.

The Chairperson of Learning Links Foundation, Dr. Anjlee Prakash, the Managing Director of Mission for Elimination of Poverty in Municipal Areas, Government of Andhra Pradesh, Shri P. Chinna Thataiah, the Director of Vodafone India Foundation, Shri P. Balaji and other dignitaries were present on the occasion.

“I am delighted to inaugurate this national conference on women empowerment through financial literacy organised by Learning Links Foundation.

One of India’s greatest strategists and economic thinkers, Chanakya,  who wrote ‘Arthashastra’ says that artha (finance) is the most important quality and discipline required for any society and that both dharma and karma are dependent on it. He said wealth creation was essential for establishing a welfare State.

Friends, India is the second largest nation in the world in terms of population and home to 17.5% of the world’s population. In fact, almost half of India’s population comprises women and about 65 per cent of the people are below the age of 35 years.

With India emerging as a top destination for investments and the country set to become a US $ 10 Trillion economy in the next 10-15 years, women empowerment through financial literacy acquires greater importance and must be accorded highest priority. This can only be done when government, NGOs like Learning foundation, civic society collectively work towards it.

I am told that Learing Links foundation with the support of various central and state government schemes, is implementing several programs that aim at empowering people.

I appreciate the “Jaadu Ginni ka” program which engages self-help groups and other women associations across states for taking financial literacy to the base of the pyramid.

I am told that “Jaadu Ginni ka” program is being implemented with the support of Mission for Elimination of Poverty in Municipal Areas (MEPMA), Govt. of Andhra Pradesh, State rural livelihood mission across Rajasthan, Odisha, Maharashtra, Tamil Nadu, West Bengal and Navy Wives welfare association (NWWA).

We cannot accelerate progress unless women are involved as equal stakeholders in every sphere of activity, including agriculture. Let me recall the words of the Father of the Constitution, Dr. B.R. Ambedkar,  who had said: “I measure the progress of a community by the degree of the progress which women have achieved”.

Ensuring access to quality and affordable education is highly crucial in empowering women and laying a strong foundation for a literate society. No doubt, we have made substantial progress on this front but ensuring a 100 per cent literate population is a long and arduous task and we must leave no stone unturned in achieving that goal.

Making women equal partners in progress must begin by making them independent and empower them to deal with finances. We must realize that one cannot change social dynamics without women’s involvement in the economy.

It should be noted that participation of the women in the economy will not only help in their own wellbeing but also contributes to the overall economic growth of the country.

There is a need to improve their understanding of financial rights, responsibilities and opportunities for income generation. This is particularly important for a country like India which is witnessing a rapid economic and social transformation.

I am happy that in recent years, we have seen an upward trend in women’s participation in decision making and entrepreneurship but we are yet to witness a considerable participation.

Educating women and girls about financial services, instilling the value of investment and the discipline of financial investing in them early would not only make them run households better, but would also help bring a turnaround in the fortunes of our country.

Empowering women through financial literacy is not only important in terms of bridging the gender gap but also to ensure a more secure future for women. Gender equality must be the concern of every citizen and not just the women alone.

By setting ‘gender equality’ as a standalone Sustainable Development Goal (SDG), the United Nations has recognized the economic and social imperative of closing the gap. As a matter of fact, without achieving gender equality, most of the sustainable goals may not be achieved to their full purpose.

All of us understand the fact that financial inclusion is one of the most effective accelerators of economic participation by women and hence we all must make efforts to generate or create programs and modules to increase financial literacy among women.

Women can play a major role in ensuring financial stability, particularly at the micro-level in running the household affairs. Financially literate women can promote investments and savings.

As a matter-of-fact, financial literacy provides impetus to financial planning and enhances an individual’s ability to be an efficient manager of his/her financial resources and ensure economic security to the family. It allows an individual to make informed and effective decisions.

Imparting financial literacy and skills would enable women to effectively manage their personal and household finances.

Our experience with women Self Help Groups (SHGs) operating out of various villages and rural habitats not only gives us hope but also creates confidence in the inherent entrepreneurial skill among the women of the country.

Over the past two decades, they have been transforming the lives of millions of women. They not only help women to enter into formal financial sector and through that they achieve social and economic empowerment

The same example can be repeated in the urban and semi urban areas by providing financial assistance to women’s groups through MUDRA and other schemes.  Sectors such as textiles, tailoring, crafts that have women as majority of their work force can avail such opportunities.

Economic empowerment through microfinance is core to empowerment of rural women. Kudumbashree is one such attempt that provides its members sustainable employment and helps them earn livelihood through their traditional skills and native crafts.

For all such objectives to see the light of the day and see people benefit out of them, a definitive change must come in people’s attitude. The time has arrived to ensure that women are not only equal but bigger contributors to the growth story of India.

Early exposure to financial knowledge and various financial tools would enable youngsters to make sound and responsible financial decisions as they plan their careers. It will make them to judiciously use technology for their financial planning and management. In fact, financial education should become an important component of school syllabi.

With digital transactions becoming increasingly commonplace, there is a need to not only educate people on how to use them effectively, but also make them aware of the financial frauds connected with such transactions as lack of sufficient knowledge could make them lose hard-earned money. Besides, financial illiteracy could also lead to financial risk behaviour.

I am happy to learn that government as well as private players have come forward to join hands to make India a financially literate and financial inclusive country.

As you all are aware, technology is gender neutral. Today, the fast changing technology is opening up new vistas and avenues for women professionals and entrepreneurs to excel in their professions. We are promoting innovations and start ups by young entrepreneurs. India is second largest global hub of Start ups.

Women entrepreneurs need to fully utilize various opportunities available to them under different schemes such as MUDRA, Stand Up and Start Up to enhance income-generating activities.

While it is quite encouraging to see that women are at par with men in many fields, they are still lagging behind when it comes to financial decision-making as they are still dependent on male members of their families. This situation needs to change and both men and women need to be sufficiently financially literate to take active part in the economy and make appropriate financial decisions. With these words, I convey my best wishes to the mission of creating a financially literate nation. 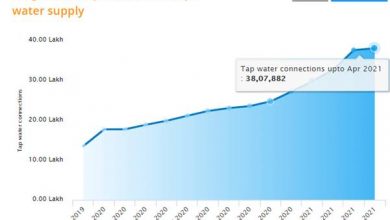