New Delhi: India speaks for a multi-polar world with globalization and is ready to take its well-deserved place in the leading nations of the world. This was stated by the Union Minister of State for Law & Justice and Corporate Affairs, Shri P.P. Chaudhary while inaugurating the 17th edition of three day International Competition Network Annual Conference 2018 from 21st to 23rd March 2018 here today.

Highlighting the need for effective cooperation between nation states to implement competition laws, the Minister, Shri Chaudhary stated that it was becoming essential to overcome the challenges faced in issues such as cross-border investigations and mergers while confronting different legal systems, diverse evidence collection mechanism etc. He said that there was a growing need to follow a phased, flexible and planned approach to global antitrust cooperation.

Shri Chaudhary said that India is a bright spot in the global economy witnessing a steady and high 7 percent growth coupled with availability of plenty of skilled workforce. It is this promising bright future for India that is drawing the attention of global investors.

The Minister lauded the Government led by the Prime Minister Shri Narendra Modi by transforming the economy in last four years by undertaking a series of measures with the motto of ‘Perform, Reform and Transform.’ He said the Government has focused on a series of institutional reforms, which would go a long way in the thickening of domestic markets.

Shri Chaudhary said the economy has become more dynamic with major reforms like GST, IBC, demonetization, digitization and transparency that have also helped India move from 142nd to 100th position in the World Bank’s ‘Ease of Doing Business’ rankings.  He said these moves will help in laying the foundation for a cleaner economic organisation of the nation.

The Union Minister, Shri Chaudhary, said that these changes lead us to trading world where inconsistent application of the law is avoided and policies are aligned with global antitrust practices, seamlessly integrated with a globalised law enforcement regime.

In his Welcome remarks Shri D.K. Sikri, Chairperson, Competition Commission of India highlighted the growing need for cooperation amongst competition agencies across the world in view of the rapid changes in market landscape due to technology, especially in the digital space. He said that the issues related tobig data, artificial intelligence, internet of things and block chain etc. can pose a number of competition issues. While the benefits of digitisation must be reaped, the Competition Agencies also need to gear-up to the challenges that they pose for consumers, competition and the economy.

Addressing the gathering, Mr. Andreas Mundt, ICN Steering Group Chairman & President Bundeskartellamt, said that ICN is a virtual network of competition agencies that has grown exponentially over the years building relationships even with multilateral agencies like the World Bank, UNCTAD and OECD. The annual conference of ICN is a special event which brings together the experiences of past years and sets the agenda for the coming year.  He highlighted that the competition agencies globally are facing challenges due to ever evolving digital economy. He also said that ‘competition first’ and ‘consumer first’ approach unites the competition fraternity at the global level.

The three days Conference brings together 520 delegates from 73 countries from approximately 84 jurisdictions. The ICN comprises 138 competition authorities from 125 jurisdictions. The ICN advocates adoption of superior standards and procedures in competition enforcement around the world, formulates proposal for procedural and substantive convergence, and facilitates effective international cooperation to the benefit of member agencies, consumers and economies worldwide. The Annual Conference of ICN with the first being hosted at Naples, Italy in 2002 has emerged as a key international platform in the field of competition law and policy.

Time has arrived for India to re orient present education system to inculcate values, morals and ethics: Vice President; 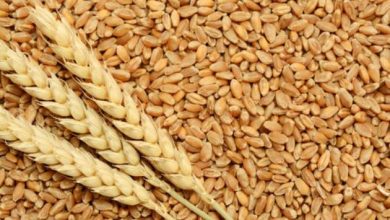