Chief Minister Mr. Trivendra Singh Rawat said that Prime Minister Mr. Narendra Modi is clear in his thoughts that the government belongs to those people who are economically and socially weak. The constitution of India gives priority to Divyangs and economically poor.   Chief Minister thanked the Prime Minister and the Union Minister Mr. Thavar Chand Gehlot for their efforts in including Uttarakhand in every scheme of the union government as a special case. In the last four years, 50 times more camps were held which benefitted the deserving people. The Chief Minister Mr. Trivendra Singh Rawat said that it has to be ensured that the benefits of the schemes launched by the central government reach maximum number of people.  He also directed the district administration to make the people aware about the welfare schemes run for Divyangs and other welfare schemes run by the central as well as the state governments so that maximum number of people could be benefitted. The Chief Minister said that anybody can lodge complaint on toll free number 1905.

Union minister Mr. Thavar Chand Gehlot said that in the last four years, equipment worth Rs.600 crore have been distributed amongst 11 lakh Divyangs of the country and 70,000 camps have been organized for them.

He said that Rashtriya Vayoshree Yojna was started last year in which 260 districts of the country have been chosen. Under this scheme, a total of 43,000 old Divyangs have been given equipment as per their requirement. More than 80 per cent of the Divyangs have been provided with motorized tri-cycles. Till date 5500 deserving people have been given motorized tri -cycles. The Union Ministry of Social Justice and Empowerment provides Divyangs with wheel chairs, tri-cycles, crutches, hearing aids, spectacles, laptop to students and smart phone. It has been decided to provide equipment worth Rs.7000 to each deserving person. The government is also providing grant for the treatment of children who are deaf and dumb. Union Minister Mr. Thavar Chand Gehlot said that another camp will be held in Haridwar soon, so that maximum number of people from the district could be benefitted. 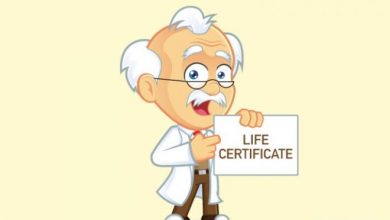 There is a great focus on how India, with a population of over 1 billion was dealing with the unprecedented pandemic: Dr. Harsh Vardhan