Assam Rifles is the oldest Para Military Force of India with a rich history of valour, courage and tradition. Assam Rifles have 46 Battalions manning the Indo-Myanmar border and countering the insurgency in the north east states. On contrary the ICG, with 142 ships & 62 aircraft is one of the youngest Armed Force under Ministry of Defence.

3rd (Naga Hills) Battalion Assam Rifles is the oldest battalion of the force raised in 1835 as ‘The Cachar Levy’ comprising of 750 personnel of all ranks for guarding the Eastern Frontier of Assam from Brahmaputra river to the Cachar Hills. Presently, the battalion is developed at Kohima, Nagaland where it had earlier bravely fought the Japanese in World War-II and stopped their advance into India.

ICGShip ‘Shaurya’, indigenously built at Goa Shipyard Limited, based in Chennai is a modern state-of-the-art 105 mtrs long Offshore Patrol Vessel (OPV) commissioned on August12, 2017. ‘Shaurya’ meaning courage is a projection of ICG’s commitment ‘To Serve & Protect’ the maritime interest of the nation. The ship is extensively developed for EEZ surveillance and other duties as enshrined in the Coast Guard charter to safeguard the maritime interest of India.

The objective of the affiliation is to promote bilateral cooperation between the Assam Rifles and the ICG in the field of exchange of information/personnel, build-up camaraderie for training, sports/adventure and sustainable development. This affiliation will facilitate the ‘Sentinels of the North East’ to interact with the ‘Sentinels of the Seas’ on professional and social platforms and share rich experiences and best practices.

The twoArmed Forces will be greatly benefited by motivating one another towards common goals. Assam Rifles personnel will be able to understand the peculiarities of a Maritime Service (Indian Coast Guard) and their role in guarding and intercepting the anti-national forces/non state actors detrimental to the maritime/coastal security. Similarly, the personnel of ICG will be able to see and understand the operational ethos of the Assam Rifles working along theIndo-Myanmar border.

The reciprocation Ceremony will be held onboard Indian Coast Guard Ship ‘Shaurya’ at Chennai on 11 and 12 June 2019.

Conditional exemption to do GIS mapping for Delhi-Meerut RRTS 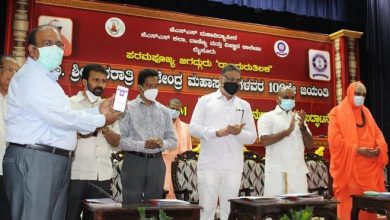 Community radio is perfect example of “By the people, of the people, for the people”: MoS (I&B) Dr. L. Murugan