New Delhi: The Union Cabinet chaired by Prime Minister Shri Narendra Modi has approved the continuation of Swatantra Sainik Samman Yojana (SSSY) during 2017-2020 beyond the 12th Five Year Plan which ended on 31/03/2017.

The approval provides for a monthly Samman Pension to freedom fighters, as a token of respect for their contribution in the national freedom struggle and on their demise, to their eligible dependents viz. spouses and thereafter, unmarried and unemployed daughters and dependent parents, as per prescribed eligibility norms and procedure.

The financial implication for continuation of SSSY during 2017-2020 would be Rs. 2552.93 crore.  Year-wise outgo of funds on account of recurring expenditure would be follows:

Government of India introduced the ‘Ex-Andaman Political Prisoners Pension Scheme’in 1969 to honour the freedom fighters who had been incarcerated in the Cellular Jail at Port Blair. In 1972, to commemorate the 25th Anniversary of Independence, a regular scheme for grant of freedom fighters’ pension was introduced. Thereafter, with effect from 01.08.1980, a liberalized scheme, namely the ‘SwatantrataSainikSamman Pension Scheme, 1980’ is being implemented. From the financial year 2017-18 onwards, the nomenclature of the Scheme has been changed as ‘SwatantrataSainikSammanYojana’. Total 1,71,617 freedom fighters and their eligible dependents have been sanctioned the central samman pension so far.

Bank accounts of 73% freedom fighter pensioners have been seeded with Aadhaar and it is expected that 100% Aadhaar seeding will be achieved within this financial year. 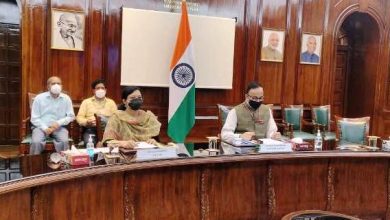 Vice President condoles the passing away of Shri Arun Jaitley