Britain is to target wealth linked to the Kremlin in response to the poisoning of a former spy, foreign minister Boris Johnson said Sunday ahead of a visit by international chemical weapons experts.

“Where people have obtained wealth by corruption and where we can see a link with the Kremlin, with Vladimir Putin, it may be possible to have unexplained wealth orders and other sanctions on those individuals,” Johnson told BBC’s Andrew Marr Show.

Former Russian double agent Sergei Skripal and his daughter Yulia are in a critical condition after being exposed to a nerve agent in the English city of Salisbury on March 4, leading Britain to expel 23 Kremlin diplomats.

Technical experts from Organisation for the Prohibition of Chemical Weapons will visit Britain on Monday to collect samples of the nerve agent used in the attack.

“These will then be despatched to highly-reputable international laboratories selected by the OPCW for testing with results expected to take a minimum of two weeks,” said a Foreign Office statement.

Johnson said the government was considering something similar to the US “Magnitsky Act” which was adopted in 2012 to punish Russian officials accused of human rights violations.

The act imposed a visa ban and froze the assets of Russian officials implicated in the death of lawyer Sergei Magnitsky, a tax fraud whistleblower who died in Russian custody in 2009.

Johnson accused the Russians of “smug sarcasm and denial” in response to the accusations, and said the international community was behind Britain.

Moscow’s “malign, disruptive behaviour” internationally was the reason why allies were “inclined not to give Russia the benefit of the doubt,” he added.

However, the minister faced awkward questions over a tennis match he played with the wife of former Kremlin minister Vladimir Chernukhin, in return for a £160,000 ($223,000, 181,500 euros) donation to his Conservative Party.

Also on Saturday, Russia’s ambassador to the European Union, Vladimir Chizhov, said Moscow “had nothing to do” with the attack, accusing Johnson of “acting in an inappropriate manner” by pointing the finger at Putin.

“Russia has stopped production of any chemical agents back in 1992,” he told Marr, the day after Moscow expelled 23 British diplomats in a tit-for-tat measure.

But the Foreign Office dismissed the claim, saying it had “information indicating that within the last decade, Russia has investigated ways of delivering nerve agents likely for assassination.

“And part of this programme has involved producing and stockpiling quantities of Novichok,” a statement said.

Chizhov also appeared to suggest that Britain itself may have been the source of the chemical agent.

“When you have a nerve agent, you check it against certain samples you have in your laboratories,” he said.

“And Porton Down, as we now all know, is the largest military facility in the UK that has been dealing with chemical weapons research — and it’s actually only eight miles from Salisbury.”

Johnson called the accusation “satirical”, adding it was “not the response of a country that really believes itself it to be innocent.”

British newspapers on Sunday said the government was looking to pass emergency legislation to make it easier to seize assets in Britain acquired with dirty Russian money.

It is also planning to make it harder for Putin allies to travel and to target the finances of oligarchs living in Britain.

The Sunday Times said the government had warned power companies to strengthen their cyber defences over fears that Russia could attempt to cause a blackout. (AFP)

Department of Fertilizers to promote Cloth/Jute bags, locally tailored, to reduce the Consumption of Single Use Plastics 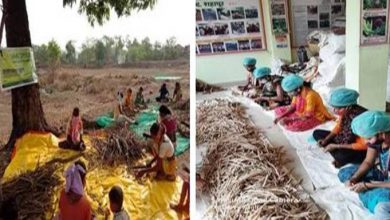 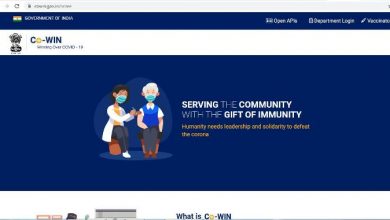