New Delhi: Union Minister for Minority Affairs Shri Mukhtar Abbas Naqvi today said here that the Central Government under the leadership of Prime Minister Shri Narendra Modi has successfully been carrying forward the campaign to utilise waqf properties across the country for socio-economic empowerment of the needy sections.

Shri Naqvi said that while only 90 districts of the country had been identified for Minority communities’ development during the earlier Central Government, while the Central Government has expanded development programmes for Minorities in 308 districts of the country. For the first time after the Independence, a campaign has been started on war-footing to provide basic amenities to ensure educational empowerment of girls belonging to Minority communities in 308 districts across the country.

Shri Naqvi said that 308 districts, 870 blocks, 331 towns and thousands of villages have been covered under “Pradhan Mantri Jan Vikas Karykram”. PMJVK has accelerated the utilisation of Waqf properties for the benefit of the society. There are around 5.76 lakh registered waqf properties across the country. The Minister said that he was sure that the recommendations of the committee will ensure that Waqf rules are made easy and effective for better utilisation of Waqf properties and to free these properties, several of these entangled in disputes for several decades, from disputes.  He said that the Central Government will take necessary action on the recommendations of the committee after examining the report.

He said that the Central Government is awarding those “Mutawallis” who are performing well in management of waqf properties to ensure utilisation of these properties for betterment of the society especially educational empowerment of girls.

Shri Naqvi said that a one-man “Board of Adjudication” at the Central level has been established under the chairmanship of retired Supreme Court justice to deal with complaints and disputes regarding waqf properties. Three-member tribunals are being established in the states. About 23 states have established these tribunals so far. 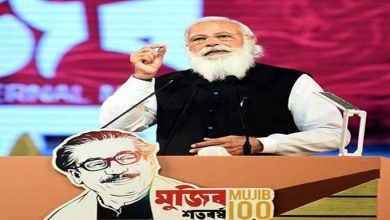