Colombo: The Sri Lankan authorities reimposed a curfew on the western coastal town of Negombo on Sunday where jihadists attacked a church during a series of coordinated blasts on April 21.

The move was taken after a group of miscreants carrying swords attacked some people travelling on a three-wheeler in Porathota area of the town.

The vehicle was also set on fire and the military had to intervene to bring the situation under control.

“Curfew has been imposed with immediate effect for Negombo and Kochchikade police areas till 7 am tomorrow,” police spokesman Ruwan Gunasekera said.

Tension prevailed in the area since the Easter Sunday after the St Sebastian’s church was attacked by a suicide bomber killing scores of people.

Nine suicide bombers, including a woman, carried out a series of devastating blasts that tore through three churches and three luxury hotels on April 21, killing 253 people and injuring over 500 others. Sri Lanka banned theNational Thowheeth Jamaath (NTJ) and arrested over 100 people in connection with the blasts. Source Deccan Chronicle 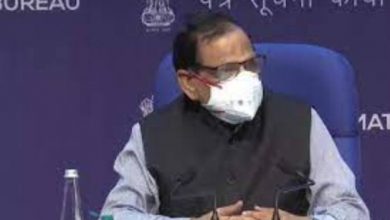 Delta Plus Variant is not yet classified as Variant of Concern: Dr. Paul

Low-carbon, green and climate resilient urban infrastructure is the need of the hour: Vice President