Ninety nine years old veteran Honourary Capt PB Thapa , retired from 11 Gorkha Rifles in 1968, ever since living at 8 Garhi Cantt a quiet and decent life. A living legacy who is integral part of the Military ethos of Doon Valley, he was decorated with Jangi Enam during II WW 1939-45 in the Middle East. He can boast today of being the only one surviving amongst such awardees in the Uttarakhand.

Capt  Thapa had initially joined 2/7 GR in 1937 at Quetta, now in Pakistan and was nominated for overseas service in Egypt, Iraq, Iran, Greece and Africa. He took active part in II World War marching with 8th Army led by General Rommel. Immediately  after the independence,  he joined 3/11 GR  and later 5/11 GR as 2/7 was taken back by British. Apart from Jangi Enam  in II WW,  he was awarded several medals like African Star Medal, Italy War Medal, Pak War Medal, Raksha Medal, Sainya Sewa Medal, Independence Medal and also took part in 1962 Indo China war and 1965 Indo Pak War before his final retirement in 1968 from Indian Army after 31 years of meritorious service.

During his service period, he imparted education to his up coming family members and produced half dozen of Colonels and many JCOs and NCOs in the Thapa family. Credit goes to his sons Capt RS Thapa Retd, Govind and daughter in law Sunita and Kavita who are looking after him well to attain this age. 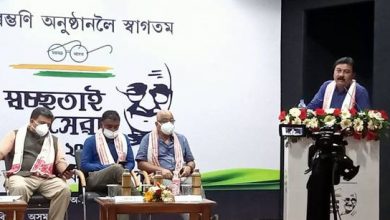