Speaking on the occasion, Dr Jitendra Singh said that organising these kinds of workshops provides knowledge to these officials while dealing with the pension-related issues. He said that the number of pensioners has increased significantly during the last few years because increase in the life span of individuals post independence. He added that, on the one hand, India has a huge population below the age of 40 years, and on the other hand, the ratio of elder population is also rising, due to which we have to deal with the both situations simultaneously. The Minister said that the Government led by the Prime Minister Shri Narendra Modi has taken various steps for the pensioners, including increase in minimum pension, issue of Digital life certificates, Anubhav and Bhavishya initiatives, among others. Modern technology has been put to the maximum use by the Ministry of Personnel, he added. He also appreciated the Department’s initiative for pre-retirement counselling. The Minister emphasised that the retired employees have vast experience and should be treated as resources. Their services should be utilised they can be put to productive use in the Government, he added.

The Minister also interacted with the participants during the programme and received their inputs. He asked the officers from Department of Pensions to make note of all suggestions and difficulties faced by the participant ministries during dealing with pension related issues and take appropriate action in this regard.

The Secretary, DARPG & Pensions, Shri K.V. Eapen said that the Department has done a root cause analysis for the pension-related issues, which will be helpful in the grievance disposal of pensioners. He said that some changes have been introduced in the NPS recently which were discussed during the workshop.

Telephone Conversation between PM and President of the Maldives 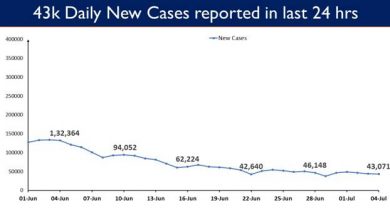