New Delhi: “This is a major step towards making India a powerful nation with the schemes touching the lives of the people.

This budget takes care of the interest of several sectors- from farmer welfare to middle class, from income tax relief to infrastructure, from manufacturing to MSME, from housing to healthcare and from the increased pace of development to the New India.

Now in this budget, over 12 crore farmers and their families, 3 crores middle class taxpayers and 30-40 crore laborers will be directly benefitted.

Friends, thanks to the efforts of the government, poverty alleviation has gathered momentum with a record speed.It is good to see lakhs and crores of people being removed from the shackles of poverty and raising their level to the middle class and the neo-middle class. This large group is now aspiring to fulfill its dreams and give an impetus to the development of the Nation. Government has shown its commitment to provide support and give wings to the hopes and aspirations of this rising middle class.

I congratulate the middle class and the salaried middle class for the income tax rebate in this budget.Thanks to the honest taxpayers of the middle and upper middle class who follow the law of the land and pay taxes. This tax money is utilized for public welfare schemes and improving the lot of the poor.It has been a long pending demand for years that no income tax should be levied on the income up to Rs.5 lakhs. Our Government has met this demand pending for so many years.

Friends, different Governments have come out with different plans for the farmers. However, except for 2-3 crore farmers from the upper level, a large number of farmers are not in its ambit. Now,PM KisanNidhi is coming up, also being called PM-KisanYojna will help the farmers who have land 5 acres or below. This has been a historic step since independence for the welfare of farmers. Our Government is taking many steps for the farmers. Areas related to agrarian and rural life such as animal husbandry, cow’s welfare, separate department of fisheries have also been taken care of. National Kamdhenu Mission and separate department of fisheries will help increase the livelihood opportunities for crores of farmers. It will help fishermen. Our earnest effort is to empower the farmer, provide machinery and resources to double his income. The decisions today will provide an impetus to this mission.

Friends, India is developing in different spheres. New schemes are coming up, new areas are being explored and the number of people engaged in these fields has grown manifold. However, the unorganised sector- be it the labourers, household workers, agricultural labourers or manual thelawalas, a large cross section of the society has been neglected. They have been left to fend of on their own.There are around 40-42 crore unorganised labourers in our country. Pradhan MantriShram Yogi Man DhanYojna will be a major support for them after the age of 60 years. They will not only will get the benefits of Ayushman Bharat Yojna, Pradhan MantriJeevanJyotiBimaYojna, Pradhan Mantri Suraksha BimaYojna, Pradhan MantriAwasYojna and other welfare schemes, but also receive pension to meet their daily expenses.

Brothers and Sisters, our Government has been making efforts to reach out to people at the last mile of development. We have decided to set up a Welfare Board for nomadic communities like Madaris, Snake charmers, Banzaras, Gadiyalohars etc. I am hopeful that after proper recognition, the benefits of development will reach out to these communities at a faster pace.

Friends, we have made some forward movement on having a separate Ministry for traders and business people. DIPP has been restructured with a special mandate to meet the requirements of the business people, traders and other officials. Now this department will be known as Department for Promotion of Industries and Internal Trade.

I am happy that this budget has incorporated schemes keeping in mind the requirements and targets by the end of next decade. This budget will empower the poor, will give a boost to the farmer, dignity for the labourers, fulfil the aspirations of the middle class, respect the honest tax payer, empower the traders and enhance the speed of infrastructure development. This budget will energise 130 crore people of the country towards meeting the targets of New India. It is all pervasive, touching the lives of all and all inclusive. It is dedicated to the development of all.

There is no better place in the world than India to celebrate the Festival of Peace: Rajnath Singh 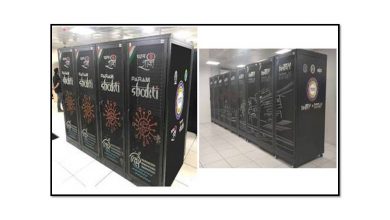