New Delhi:The first bathing festival of Kumbh was held on Makar Sankranti  at Prayag Raj, Uttar Pradesh. The First Shahi Snan or royal bathing of Akharas was also held on the occasion. Prayagraj Kumbh has attracted people from all walks of life in huge numbers.

Large number of saints and Seers, common pilgrims and tourists from across the globe have reached Prayagraj to take Holy dip on the pious occasion of Makar Sankranti at Sangam- the confluence of rivers Ganga, Yamuna and mythical Saraswati.

The  First Royal Bathing or Shahi Snan of Akharas was held today. Beginning at 6.15AM, it was one of the biggest attractions to the pilgrims and tourists. Heavy security arrangements were in place for smooth conduct of royal bathing of Akharas. Central Para military forces were deployed for the security of the processions for royal bathing. Bathing Ghat for the same was well identified.

At Prayagraj, Kumbh Mela is held every 6 years and Maha Kumbh every 12 years. Earlier they were known as Ardh Kumbh and Kumbh. But this year, teh  Uttar Pradesh government has announced that ArdhKumbh will be known as Kumbh and Kumbh as Maha Kumbh.

The Mela administration has set up 87 public accommodations in the Mela area at economic rates. Other agencies have also developed high quality tents with all modern amenities to the tourists in different locations. Special tent colony has also been set up in Arail area of the Mela Pilgrims and tourists can book tents as per their needs and budget online through Kumbh Mela website. Mela administration has said that all arrangements are in place and nearly one crore 20 lakhs pilgrims are expected on the occasion. 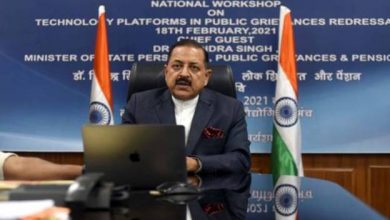 Union Minister Dr. Jitendra Singh said, public grievances increased from 2 lakhs in 2014 to more than 21 lakhs at present with more than 95 percent disposal of cases 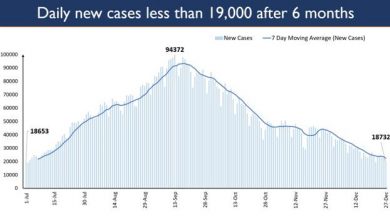 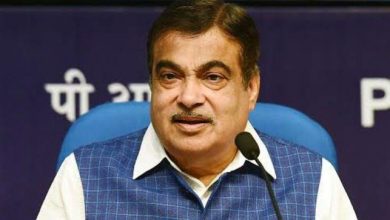 Details of Voluntary Scrap page Policy to be declared within 15 days: Nitin Gadkari