New Delhi: India has signed the Mutual Recognition Agreement (MRA) in Nursing with Singapore. This is the first MRA being signed by India with any of our FTA partners.

In a major gain for India, Singapore agreed to expand coverage of Indian nursing institutions by recognising seven nursing institutions in the MRA.  This has paved way for our healthcare service providers to institutionally access markets abroad.  It will further open up doors for India to enter into similar mutual recognition arrangements with other countries.

India and Singapore concluded the 2nd Review of India Singapore CECA which was officially announced by both sides today during Prime Minister, Narendra Modi’s State visit to Singapore.

Both countries could reach a common understanding on various unresolved issues in the 2nd Review which were pending since 2010.  In the review, India and Singapore agreed to expand the coverage of tariff concessions, liberalize the rules of origin and incorporate new Product Specific Rules (PSRs) to further enhance the trade between the two countries. 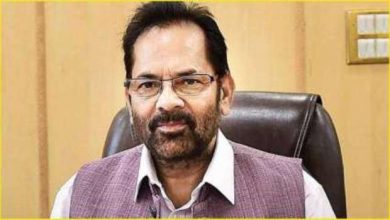 Mukhtar Abbas Naqvi has said, ensuring happiness in eyes and prosperity in life of every needy is the “Modi Mission”

India has emerged as an attractive destination for global investors: VP Venkaiah Naidu