The Indian government’s “zero casualty” policy for cyclones and the pinpoint accuracy of the India Meteorological Department’s (IMD) early warning system have helped reduce the possibility of deaths from Cyclone Fani, according to the UN Office for Disaster Risk Reduction (ODRR).

“They seem to have done a very good job in terms of minimising the possibility for loss of life,” Denis McClean, a spokesperson for the ODRR said at a UN news briefing in Geneva on Friday.

“The almost pinpoint accuracy of the warnings, the early warnings from the IMD, allows them to conduct a very well targeted evacuation plan which resulted in 1.1 million people mainly moving to about 900 cyclone shelters.”

As of Saturday morning, less than 10 deaths were reported from the 175-kmph Fani cyclone that made landfall in Odisha on Friday.

India’s policy of minimising fatalities from cyclones has been proven by past performances as in cyclone Phailin in 2013, when “famously the casualty rate was kept to as low as 45 despite the intensity of the storm”, McClean said.

Clare Nullis, a spokesperson for the World Meteorological Organisation (WMO), said that as a result of the lessons learned from the super cyclonic storm BOB06 that caused more than 10,000 deaths, intensive precautions are being taken to protect the people. She also mentioned how as a result, Phailin’s fatalities were far less than in 1999.

UN’s humanitarian agencies had met ahead of cyclone Fani to take stock of preparedness measures, Stephane Dujarric, the spokesperson for Secretary-General Antonio Guterres said at a briefing in New York.

People of the Odisha capital Bhubaneswar as well as the coastal villages of Puri, Jagatsinghpur, Cuttack and Kendrapara districts faced the wrath of the extremely severe Cyclone Fani on Friday as it made landfall with a wind speed of 145 km per hour.

At least 12 lakh people were evacuated in the wake of Cyclone Fani, which claimed eight lives on Friday. The velocity of the wind was less than the super cyclone, but the destruction in terms of tree cover, electricity poles and lines, telephone towers and houses matched.

Human casualty was, however minimal, as has been the case in all cyclones in Odisha post-1999 super cyclone because of the elaborate disaster mitigation drills and focus on evacuation. The awareness level of people has also increased.

All precautionary measures like flight cancellation at airports, cancellation of trains and water transport services were undertaken. (With inputs from IANS & The Statesman) 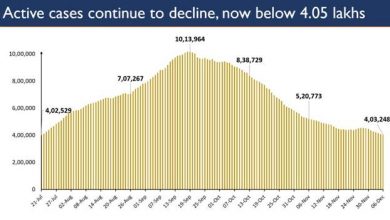