Addressing a gathering at the Asramam ground in Kollam, Prime Minister Modisaid that infrastructure development has been the priority of his Government and the Kollam bypass is an example.

He underlined the fact that the project got final sanction in January 2015 and now it has seen the light of the day. The Prime Minister told that his Government believes in sabkasaath, sabkavikas for ease of living to the common man and appreciated the contribution and co-operation of Kerala government in completion of the project.

Kollam Bypass will reduce ravel time between Alappuzha and Thiruvananthapuram and decongest the traffic in Kollam town.

Talking about the projects in Kerala, the PM said that about 500 km of national highway has been added in Keralasince May 2014. He added that under Bharatmala, a detailed project report for the Mumbai-Kanyakumari corridor is under preparation. .

The Prime Minister said that the government is committed to ensure timely completion of all the projects.  He said that through PRAGATI,more than 250 projects worth Rs.12 lakh crores have been reviewed at his end.

Highlighting the progress in road connectivity, the PM Modi said that compared to the previous Government, the pace of construction in national highways, rural roads has almost doubled. More than 90% of rural habitations have been connected today compared to only 56% in the previous government.  He expressed hope that the government will reach the target of 100% rural road connectivity soon. Regional air connectivity and expansion of railway lines have shown marked improvement resulting in creation of job opportunities.The Prime Minister said, “When we construct roads and bridges, we do not only connect towns and villages. We also connect aspirations with achievements, optimism with opportunities and hope with happiness.”

About Ayushman Bharat, he said that 8 lakh patients have been benefitted under this scheme while the government has sanctioned more than 1100 crores rupees till date for the scheme. He urged the Government of Kerala to expedite the implementation of Ayushman Bharat scheme, so that the people of Kerala can be benefitted.

The Prime Minister Shri Narendra Modi said that tourism is the hallmark of Kerala’s economic development and a principal contributor to the State’s economy. He added that recognizing the tourism potential of Kerala, the government has sanctioned 7 projects in the State under the SwadeshDarshan and PRASAD schemes with funds worth Rs. 550 crore.

Speaking on the importance of Tourism Sector, PM highlighted the remarkable growth in this sector. India posted a growth of 14% over 2016 in the tourism sector while the world grew at an average of 7%. He added that India now stands at 3rd place in Power Ranking in the 2018 report of the World Travel & Tourism Council. Foreign tourist arrivals in India increased by 42% from around 70 lakh in 2013 to about 1 crore in 2017. While the Foreign exchange earned by India due to tourism witnessed a jump of 50%, up from $ 18 billionin 2013 to $ 27 billion in 2017. He described the introduction of the e-Visa as a game changer for Indian Tourism which is now available to nationals of 166 countries. 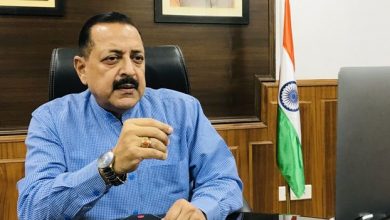 Dr Jitendra Singh says, rules for provisional pension liberalised and timeline extended for ease of beneficiaries due to pandemic