New Delhi: European Investment Bank (EIB) and Indian Renewable Energy Development Agency (IREDA) Ltd. have signed a loan agreement for a second line of credit (LoC) of Euro 150 million on non-sovereign basis here, today. The line of credit is for tenure of 15 years including a grace period of 3 years, and it will be used for financing Renewable Energy and Energy Efficiency projects in India. More than 1.1 million households are expected to benefit from clean energy produced with these funds.

Speaking about India’s fascinating journey to electrify every single village, Shri R K Singh said, “There are villages in Ladakh and Arunachal Pradesh where you track on foot for three to four days to reach. Our aim is to bring electricity to even these remote places…. We have decided to go green, as we have a responsibility to future generations and the planet.” Highlighting the fact that renewable energy (RE) has now become economically viable, he said that companies bidding for RE projects are getting funds from all over the world…. Today, many countries want us to share our experience in this field.”

Shri Anand Kumar, Secretary, MNRE said that two factors- efficient technology and easy finance, are important for the success of renewable energy sector. He expressed confidence that India will exceed its target of 175 GW renewable energy by 2022.

Shri K S Popli, CMD, IREDA said that the speed with which the second line of credit was negotiated shows the mutual confidence and comfort that EIB and IREDA had developed after working with each other for last 4 years. Moreover, the EIB has extended this line of credit without insisting for sovereign guarantee from Government of India, which also shows their commitment and confidence in the sector, he added. Mr. W. Hoyer, President, EIB appreciated India’s role in International Solar Alliance and its commitment to Paris climate deal. He said that with much sunlight, solar energy is evidently a solution here.

Mr. Tomasz Kozlowski, Ambassador of the European Union to India was among the dignitaries present along with other senior officials of MNRE, IRDEA and EIB.

EIB is the long-term lending institution of the European Union owned by its Member States. It works closely with other EU institutions to implement EU policy and is also engaged in multilateral financing. More than 90 per cent of its activity is in Europe but it is also a big investor globally. EIB’s activities focus on four priority areas including innovation and skills, access to finance for smaller businesses, infrastructure and climate & environment.

IREDA is the dedicated financing arm of the Ministry of New and Renewable Energy for financing the renewable and energy efficiency projects and has been spearheading the growth of renewable energy in the country for over three decades. It has financed renewable and energy efficiency projects of financial value of over Rs.34,534.06 crore till date. To meet the financing requirement of renewable energy projects in the country, IREDA has been raising resources from various bilateral and multilateral agencies, Masala bonds, and domestic – taxable and tax-free bonds. 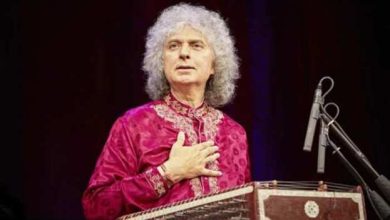