New Delhi: The Vice President of India, Shri. M. Venkaiah Naidu has said that it is important for the Officers to learn local languages as it helps in improving efficiency and communicate better with locals. He was interacting with the 71st batch of Indian Revenue Service Officer Trainees of National Academy of Direct Taxes, Nagpur, who called on him, in New Delhi today.

The Vice President said that Sardar Vallabhbhai Patel was instrumental in unifying India and created services like IAS, IPS to promote unity and integrity of the country. Patel emphasized on the need for officers to have Character, Capacity, Caliber and proper Conduct, he added. 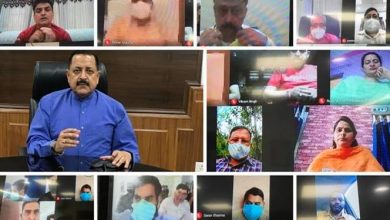