During the interaction, various aspects related to multilateral trade came up for discussion. Several Ministers appreciated India’s initiative in hosting this Ministerial meeting.

Welcoming the dignitaries, the Prime Minister expressed confidence that the deliberations at the Informal WTO Ministerial Meeting would have been constructive. He reiterated India’s commitment to a rule-based multilateral trading system, based on the principles of inclusiveness and consensus. He said that a robust conflict resolution mechanism is one of the key benefits of the WTO.

The Prime Minister said that it is important to counter the challenges being posed to the multilateral trading system. He noted that decisions taken in the Doha Round and Bali Ministerial Meeting are yet to be implemented. He re-emphasized the need for a compassionate approach towards the Least Developed Countries.

He expressed satisfaction at the enthusiastic response to India’s invitation for the informal meeting. He said that this is an expression of global confidence in multilateralism, and the principles of the WTO. Minister for Commerce and Industry, Shri Suresh Prabhu, was present on the occasion. 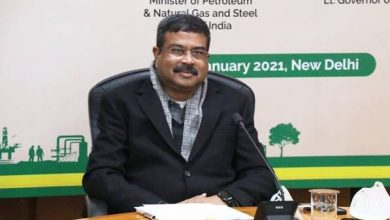