Among those present on the occasion were Academy Director Smt Upma Chowdary, Course Coordinator Smt C. Sridhar, Associate Course Coordinator Shri M.H. Khan, faculty members and Trainee Officers of 2016 batch IAS who had completed the Phase-1 of professional course at the Academy.

After completing their 16-weeks Foundation Course training, the 2016 batch IAS Probationers had started their Phase-1 professional course from 13th December 2016 and were now being relieved from the Academy for district training in their allocated cadre. After completion of 54-week State and district training, these officer trainees will once again return to the Academy for an 8-week course in Phase-2.

Speaking on the occasion, Dr Jitendra Singh said, the Indian Administrative Service has come a long way since it reincarnated itself from its earlier “Avatar” of British “Indian Civil Services”, soon after India achieved independence. The basic difference, however, is that, he said, while the district head during British rule was described as “Collector” and was expected to raise revenue for the Empire, in independent India he is known as “District Development Commissioner” and is expected to generate revenue for the welfare State.

Over the recent years, Dr Jitendra Singh said, not only the profile of responsibilities has undergone a change but the expectations from a civil servant have multiplied manifold and at the same, there is a very high degree of accountability and close public as well as media scrutiny. He said, citizen-centricity and citizen participation in all the programmes not only gives the citizens a sense of involvement, but also enables the civil servants working in the districts or in the field to avoid public indifference or antagonism.

Referring to Prime Minister Shri Narendra Modi’s Mantra of “Maximum governance, minimum government”, Dr Jitendra Singh said, civil servant is an essential tool of governance and therefore, in the last two or three years, a series of decisions were taken by the government to make the service conditions more conducive and to make the working environment more friendly and compatible, so that each officer is able to perform to the best of his ability and potential. In this regard, he referred to the Government’s decision to streamline transfer policy for bureaucrats, to fix time limit for completion of proceedings in case of any charge or allegation against an officer and provision of seeking permission before prosecuting any officer.

It is the Prime Minister Shri Narendra Modi led government, Dr Jitendra Singh said, which introduced the new designation of Assistant Secretary, so that the new outgoing IAS Probationers are able to spend three months of mentorship in various Ministries of the Union Government before leaving for their respective State cadres to take up their assignment in the State. This experiment, he said, has proved highly successful in giving a new orientation to the young IAS officers and added that the present batch of 2016, for which today’s ceremony was being held, will also have the opportunity of coming for a three months’ stint in the Union Government as ‘Assistant Secretaries’ in 2018.

Under the instructions of Prime Minister Shri Narendra Modi, Dr Jitendra Singh said, not only the ease of governance has been sought to be achieved, but a larger participation of young IAS officers in Government of India’s flagship programmes is also being ensured. He cited the example of Prime Minister’s “Excellence Awards” presented on Civil Services Day on 21st April this year, when a record number of entries were received and as many as 599 districts of the country participated through their respective Deputy Commissioners and district administration.

Describing them as the torch bearers of Prime Minister Shri Narendra Modi’s “New India”, Dr Jitendra Singh said, this generation of IAS officers will be privileged to be the architects of India’s ascent as a supreme world power. 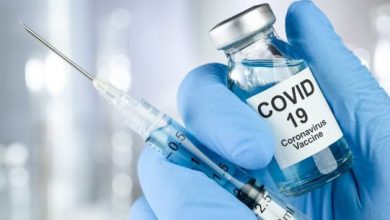 Agricultural products need to be marketed in domestic and international markets in such a way as to reduce cost of production: Nitin Gadkari