New Delhi: The global celebrations of World Environment Day 2018, being hosted by India, kicked off with a total of three thematic sessions being held at Vigyan Bhawan here today.  Reflecting the “Beat Plastic Pollution” theme of this year’s World Environment Day, the inaugural session focussed on the management of plastic pollution.  In his special address on the occasion, Minister of State for Environment, Forest and Climate Change, Dr. Mahesh Sharma pointed out that the need of the hour is to create a social awareness, particularly among the youth, on reducing the single use of plastic and its reuse.    He said that the menace of plastic cannot be tackled till a win-win situation is created for all the stakeholders with regard to the use of plastic.  Emphasising the importance of Extended Producer Responsibility in reducing the use of plastic, the Minister gave a call to rope in the organised sector to retrieve, recycle and reuse plastic.

Speaking on the occasion, Secretary, Ministry of Environment, Forest and Climate Change, Shri C.K Mishra, highlighted the need to introspect on what can be done individually, as well as collectively to reduce the use of plastic.  He added that the need of the hour is to launch a strong campaign to say no to the single use of plastic.

In his special address as Guest of Honour, Secretary, Ministry of Housing and Urban Affairs, Shri Durga Shankar Mishra said that single use plastics are a concern because they are non-biodegradable.   “Total plastic produced in the last decade is more than that generated in the whole century”, he added.

Addressing the gathering, European Union (EU) Ambassador to India, Mr. Tomasz Kozlowski praised India’s leadership role on environmental issues.  Highlighting the concept of “Plogging”, (combination of picking up plastic waste and jogging) the EU Ambassador said that this concept is popular in several European nations and can be used to reduce plastic pollution.

The thematic session on the Himalayan Ecosystem was presided over by Director General &Special Secretary, MoEF&CC, Mr. Siddhanta Das, while the inaugural address was delivered by former Secretary, Ministry of Civil Aviation (MoCA), Shri Hem Pande.   Among the themes discussed at the session were –

Case studies on waste management in the core zone of Kailash landscape, along with the waste warriors taming waste and more through forest dwellers “Van Rajis” of Kailash landscape were shared.  The challenges of solid waste, including plastic in the Himalayan landscape and some of the innovative practices from the region, which could provide a way forward in Himalayas were also highlighted.  The learning from the Himalayas, as well as the experiences ranging from ecosystem-based adaptations in mountain ecosystems and tools for assessing restoration from both Indian and Nepal Himalayas were discussed, along with landscape level conservation in the Himalayas from the 1990’s till the present day and raising awareness on the evolution of thinking and action towards landscape-based high altitude conservation in India.

The overview of the National Mission on Himalayan Studies (NMHS) to support the sustenance and enhancement of the ecological, natural, cultural and socio-economic capital assets and values of the Indian Himalaya Region (IHR) were discussed along with the major areas of ongoing projects such as spring revivals, water conservation & management, river bed filtration, climate change, livelihood support, rejuvenation of orchid, utilisation of pine needles, addressing human wildlife conflict, alternative sources of energy, conserving medicinal plants and solid waste management.  In addition, microbial bio-composting was discussed as sustainable solutions of biodegradable waste, if segregated at its source of generation.   Further, the management of plastic waste and its innovative method was shared during the session on synthesis of graphene and graphene oxide from plastics.

The keynote address on the vision for Sustainable Waste Management for the Mountain States was given by Shri Prem Das, Member of Parliament (Lok Sabha) Sikkim.  Joint Secretary, Ministry of Skill Development (MoSD) Dr. Jyotsna Sitling, and the representative of FAO, Mr. Shyam Khadka were among those present at the inaugural session on Himalayan ecosystem.

Another session on “Air pollution in Indian cities – present status and future action” was also held.  In his address on the occasion, Secretary, MoEF&CC, Mr. C.K Mishra said that correct and understandable knowledge, based on accurately measured parameters measured by standardised equipment, is helping build a more nuanced perception, influencing thought processes and demystifying the phenomenology behind pollution and its linkage with health.  “This knowledge suggests that there is something not quite sustainable in the way we as a society are conducting ourselves—lifestyle, consumption, and production. The government cannot solve this without a people’s movement”, he said.   Mr. Mishra stressed that issues such as Particulate Matter, vehicular emissions, and industrial pollution need the positive contribution of people to go together with government’s initiatives.  “The success of National Clean Air Programme is critical for our healthy survival”, he said.

Speaking on the occasion, Secretary, Department of Agricultural Research & Education (DARE), Mr. Trilochan Mohapatra averred that due to technological evolution over the past few decades, straw redundancy has resulted in an abundance of crop residue, which farmers find cheapest to burn, causing serious air pollution and impacting the health of citizens.  Quoting statistics to support his argument, he said that the Government has spent Rs. 1200 crore over two years to address air pollution from crop residue burning.  “The Government is offering 80 per cent subsidy on combined technological innovation of straw management system and happy seeder”, Mr. Mohapatra pointed out.   He expressed the view that the straw management system, when attached to the combined harvester, helps cut the straw into small pieces and create a 6” thick bed after being separated from the green. “Straw goes back as mulch, increasing its carbon and nutrient content of soil, also leading to retention of moisture and prevention of weeds”, he added.   Mr. Mohapatra suggested that straw may also be used to generate bio-oil, bio-ethanol, compost, or energy in the form of pellets. He underlined that aggregation and supply chain challenges to create these secondary value-chains from waste remain a challenge that needs attention.

Addressing the gathering, Additional Secretary, MoEF&CC, Mr. A.K Mehta pointed out that some bold decisions such as migration to BS VI standards jumping a step, interventions to contain and eventually eliminate stubble burning and an action plan for 61 (of the envisaged 100) cities have been readied. “This plan needs to be rolled out soon”, Mr. Mehta said and added that local action is critical to manage air pollution.   He emphasised that technology has to play a crucial, enabling role in cleaning ambient air.

PayTM founder, Mr. Vijay Shekhar Sharma pointed out that the government needs to set the tone and push policy in the direction of sustainable energy and electric mobility through incentives, tax breaks, and promoting start-ups.   He opined that the two challenges in addressing air pollution are low awareness and building the collective will of people to take action. 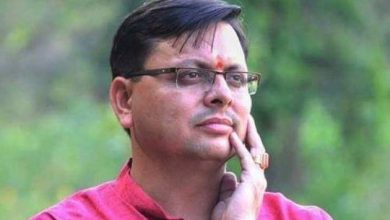 Government will give a befitting reply to terrorism , says PM in Srinagar