New Delhi: GSTN will focus, among st others, on the development of new return filing, further improving the user interface, and Business Intelligence and Analytics. Improvement in User Interface on the basis of feedback is a continuous process. Few important initiatives/improvements made for better User Experience are:

GSTN has started work on BI & Analytics. Different scenarios of BI have been identified on which work is going on such as Persona based Analysis, Predictive Analysis, Fraud/Anomaly Detection, Statistical Scoring, 360-degree view of taxpayers, Circular Trading & Network Analysis, etc. Further, GSTN shares data with tax authorities on the following:

Comparison of GSTR-1 & GSTR-3B for liability analysis, GSTR-2A & GSTR-3B for comparison of ITC being claimed by taxpayers, and analysis regarding taxpayers who have generated e-way bill but not filed tax returns is being done and the reports generated are shared with tax authorities for taking appropriate action.

This was stated by Shri Shiv Pratap Shukla, Minister of State for Finance in a Written Reply to a Question in Lok Sabha today.

Dr. Harsh Vardhan appeals not to believe rumor mongering and misinformation being spread by vested and irresponsible interests 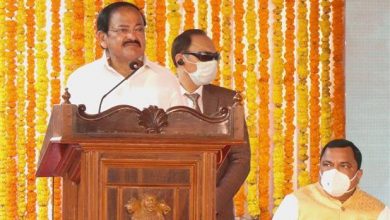