Giving another major push to Namai Gange programme National Mission for Clean Ganga (NMCG) has approved projects worth Rs 1,900 crore for the creation of sewage treatment infrastructure in Uttar Pradesh, Bihar and UT of Delhi. With approval of these projects hundred percent sewage treatment facility will be made available for Haridwar, Rishikesh, Vrindavan, Varanasi, Allahabad and NCT of Delhi. These projects were approved in the third meeting of the Executive Committee of NMCG held in New Delhi last month.

A comprehensive project of interception, diversion and treatment of sewage in Naini, Phaphamau and Jhunsi sewerage zones of Allahabad at an estimated cost of Rs 767.59 crore has been approved. Apart from construction of a 42 MLD (million litres per day) Sewage Treatment Plant (STP) in Naini, the project also encompasses building up of eight sewage pumping stations among other works. None of the three zones have any sewerage schemes or any sanctioned STPs as yet. These approved projects along with the existing ones would take care of sewage management of the core city of Allahabad bounded by rivers Ganga and Yamuna. The projects would also arrest flowing waste water of 18 drains into the rivers to ensure pollution free water for bathing at Sangam during Ardh Kumbh mela 2019. With approval of these projects 100% sewage treatment capacity can be achieved in Allahabad.

Three projects of sewage treatment infrastructure were approved for Pahari sewage zone in Patna city of Bihar including construction of a 60 MLD STP and laying of sewerage lines at an estimated cost of about Rs 744 crore. With these approvals, Patna will now have a sewage treatment capacity of 200 MLD.

In the National Capital Territory of Delhi, construction of as many as seven prioritized STPs of total capacity of 94 MLD in Najafgarh area have been approved at an estimated cost of Rs 344.81 crore under ‘Maily Se Nirmal Yamuna’ project that was initiated on the directions of National Green Tribunal (NGT). Najafgarh drain contributes around 70 per cent of the total discharge of the city into river Yamuna that includes a lot of untreated sewage. The locations where STPs have been approved are Tajpur Khurd (36 MLD), Jaffarpur Kalan (12 MLD), Khera Dabar (5 MLD), Hasanpur (12 MLD), Kakraula (12 MLD), Kair (5 MLD) and Tikri Kalan (12 MLD). With this, all planned projects in Delhi have been approved.

On afforestation front, an all-encompassing programme in five Ganga main stem States – Uttarakhand, Uttar Pradesh, Bihar, Jharkhand and West Bengal – at an estimated cost of Rs 61.5 crore has also been given a go-ahead. This would include sapling preparations in nurseries, soil work, plantation and care.

With this, NMCG has given go-ahead to projects worth more than Rs 4,100 crore during the last three months in the States of Uttarakhand, Uttar Pradesh, Bihar, Jharkhand and NCT of Delhi.

It may be recalled that Union Minister for Water Resources, River development and Ganga Rejuvenation Sushri Uma Bharti is currently on a three week Ganga Nirikshan Abhiyan from Gangasagar to Gangotri to personally monitor the progress of Namami Gange programme. The Minister has reached Narora in UP and will proceed to Haridwar today via Bhrigu Ashram and Najibabad.

Ministry of Culturefacilitates in setting up of FM Radio Transmitter on 103.7 MHZ frequency at Baltalfor ‘AmarnathYatra’ Pogramme 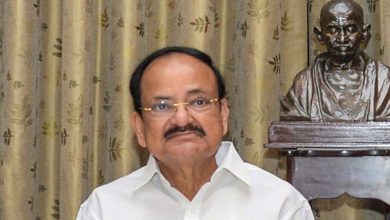