The Congress party on Wednesday flagged off the ‘NRI Campaign Bus’ that would traverse through the national capital and adjoining states to galvanise support for party candidates in the ongoing Lok Sabha elections.

On board the bus are representatives of the Indian Overseas Congress from across the globe who aim to see Rahul Gandhi as the next prime minister.

NRIs have emerged as a key support group for political parties who reach out to the diaspora to raise funds and generate a buzz about their respective candidates in the election.

Sam Pitroda, Chairman of the Indian Overseas Congress (IOC), flagged off the NRI Campaign Bus from the AICC Headquarters here.

The IOC delegation, comprising representatives from the US, Canada, Germany, Switzerland, Australia, Norway began their poll campaign with a visit to Delhi North East Lok Sabha seat where Delhi Congress President Shiela Dikshit is in the fray.

“We will ask the people to vote for the Congress as BJP and Prime Minister Narendra Modi has destroyed democracy by engaging in divisive politics,” Manoj Sheoran, President of the IOC’s Australia chapter said.

Before heading north, the delegates of the IOC had hit the campaign trail in Kerala, Andhra Pradesh and Telangana.

Some NRIs believe that a Congress government at the Centre would ensure a separate ministry to address issues concerning them. During the UPA years, a separate Ministry of Overseas Indian Affairs was carved out of the External Affairs Ministry to deal with issues related to welfare of NRIs. However, the ministry was merged with the External Affairs Ministry after the Modi government assumed office in 2014. Source Deccan Herald 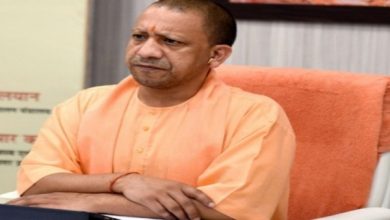 Misinformation Being Spread About Level-1 Results of Railway Recruitment Board