An administrative officer was today swept away in a swollen river along with his jeep and driver when they were crossing a bridge in Banswara district of Rajasthan.

The driver was rescued but the officer is missing, police said.

Sub Divisional officer (Kushalgarh) Rameshwar Meena was on his way to Kushalgarh from Banswara in the morning.

“They were crossing a bridge in Kalinjara area when a sudden flow of water in the river washed them away, police said.

The driver Ashok was rescued at a distance of nearly one km.

The vehicle was also spotted but the officer is still missing and the rescue operation is on, the police said. 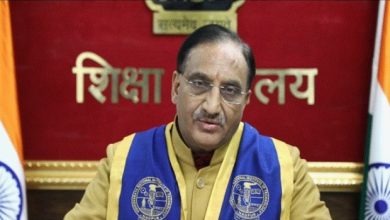 India to use AI for good governance – Suresh Prabhu

PM greets people on the occasion of Raksha Bandhan