Describing this day as one of “rededication,” the Prime Minister said that civil servants are well aware of their strengths and capabilities, challenges and responsibilities.

He said conditions prevailing today are quite different from about two decades ago, and would evolve much further over the next few years. Elaborating on this, the Prime Minister said that earlier, Government was almost the sole provider of goods and services, which left a lot of scope for ignoring one’s shortcomings. However, now, very often, people perceive that the private sector offers better services than Government. The Prime Minister said that with alternatives now being available in several areas, the responsibilities of Government officers have increased. He added that this increase is not in terms of scope of work, but in terms of the challenge.

The Prime Minister emphasized the importance of competition, which brings qualitative change. He said that the sooner the attitude of Government can change from regulator to enabler, the faster this challenge of competition will become an opportunity.

Noting the quantum jump in the applications for Civil Service Day awards, from less than 100 last year to over 500 this year, the Prime Minister said that the focus should now be on improving quality, and making excellence a habit.

The Prime Minister urged senior officers to ensure that experience does not become a burden that stifles innovation of younger officers.

Shri Narendra Modi said that anonymity is one of the greatest strengths of the civil services. He cautioned officers that the use of social media should not lead to a decline in this strength, even as social media and mobile governance are leveraged for connecting people to benefits and government schemes.

Speaking in the context of “reform, perform and transform”, the Prime Minister said that political will is needed for reform, but the “perform” part of this formulation must come from civil servants, while transformation is enabled by people’s participation.

The Prime Minister said that civil servants must ensure that every decision is taken keeping national interest in mind, and this should be their touchstone for taking a decision.

Recalling that the year 2022 would mark 75 years of independence, he urged civil servants to play the role of catalytic agents in fulfilling the dreams of freedom fighters.

PM congratulates PM of New Zealand on her resounding victory

The Bill is not against any Minority, but against Illegal Immigrants: Amit Shah

Workshop-cum-exhibition on “Bamboo- A wonder grass” concludes in Jammu

Government chalking out a plan for up gradation and expansion of Zoos across the country in PPP mode: Prakash Javadekar 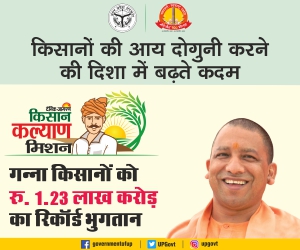