The Prime Minister, Shri Narendra Modi, on Tuesday reviewed progress of key infrastructure sectors including roads, railways, airports, ports, digital, and coal. The review meeting, which lasted for about four and a half hours, was attended by top officials from PMO, NITI Aayog and all infrastructure Ministries of the Government of India.

In course of the presentation made by CEO NITI Aayog, it was noted that remarkable progress has been made in several areas and infrastructure sectors. In a broad overview of the progress in the roads and railways sectors, the Prime Minister called for a consolidated approach to existing projects, and working towards their completion within strict timelines.

The highest ever average daily construction rate of 130 km, has been achieved for rural roads under the Pradhan Mantri Gram Sadak Yojana. This has led to an addition of 47,400 km of PMGSY roads in 2016-17. 11,641 additional habitations have been connected with roads in the same period.

Over 4000 km of rural roads have been constructed using green technology in FY17. The use of non-conventional materials such as waste plastic, cold mix, geo-textiles, fly ash, iron and copper slag is being pushed aggressively.

The Prime Minister directed efficient and stringent monitoring of rural roads construction and their quality. For this, he emphasized on use of space technology in addition to the technologies already being used, such as the “Meri Sadak” App. He called for expeditious completion of vital links which will connect the remaining unconnected habitations at the earliest.

The Prime Minister directed the use of new technologies in road construction also. He asked NITI Aayog to examine global standards in the application of technology for infrastructure creation, and their feasibility in India.

In the highways sector, over 26,000 km of 4 or 6 lane national highways have been built in FY17, and the pace is improving.

In the railways sector, 953 km of new lines were laid in 2016-17, as against the target of 400 km. Track electrification of over 2000 km, and gauge conversion of over 1000 km was achieved in the same period. More than 1500 unmanned level crossings have been eliminated in 2016-17. Among measures to enhance customer experience, Wi-Fi access was enabled in 115 railway stations, and 34,000 bio-toilets added. The Prime Minister called for speeding up of work related to redevelopment of Railway Stations, and greater creativity in the generation of non-fare revenue.

Progress of important projects in the roads and railways sectors, such as the Eastern Peripheral Expressway, Char Dham Project, the Quazigund-Banihal Tunnel, the Chenab railway bridge, and the Jiribam-Imphal project was also reviewed. In the aviation sector, the Regional Connectivity Scheme will connect 43 destinations, including 31 unserved destinations. The passenger capacity in the aviation sector has reached 282 million passengers per annum.

In the ports sector, under the Sagarmala project, 415 projects have been identified with investment of Rs. 8 lakh crore, and projects worth 1.37 lakh crore rupees have been taken up for implementation. The Prime Minister stressed on better outcomes for turnaround time of ships and clearance for Exim cargo. The highest ever capacity addition of 100.4 MTPA in major ports has been recorded in 2016-17. All 193 lighthouses are now powered by solar energy. Digitization of land records has been completed in all major ports.

In the digital infrastructure sector, 2187 mobile towers have been installed in districts affected by Left Wing Extremists, in 2016-17. Progress of the National Optical Fibre Network was reviewed. The Prime Minister emphasized that the emerging digital connectivity network, which will connect thousands of Gram Panchayats within the next few months, should be backed up by appropriate governance steps, so that it can lead to better quality of life, and greater empowerment of people in the rural areas.

In the coal sector, rationalization of coal linkages and movement yielded an annual saving of over Rs 2500 crore in 2016-17. Noting the decline in coal imports in the last year, the Prime Minister asked for even more vigorous efforts towards coal import substitution, and application of new coal technologies including gasification technology. 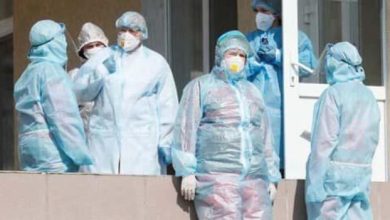 GST Revenue collection for December, 2019 Rs 1,03,184 of gross GST revenue collected in the month of December