Among the dignitaries present on the occasion were the Vice President of India, Prime Minister, Speaker Lok Sabha and Union Ministers. 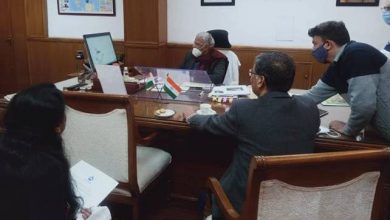 Sustainable development by optimal harnessing of scarce resources of water, air, energy, land, biodiversity and use of new technologies need of the hour: Durga Shanker Mishra