New Delhi: The President of India, Shri Ram Nath Kovind, has reached Mauritius today (March 11, 2018) on the first leg of his State Visit to Mauritius and Madagascar. He was received at the airport by the Prime Minister of Mauritius, Honourable Pravind Kumar Jugnauth, and his entire Cabinet and hundreds of dignitaries and local people.

Later President Kovind addressed an impressive gathering of students and young people at the Mahatma Gandhi Institute at Moka, Mauritius, where he also paid tributes before a statue of the Mahatma.

Speaking at the Institute, the President said that he was honoured to be in Mauritius for a milestone moment in its history – the 50th anniversary of independence from colonial rule. Tomorrow, March 12, marks not just the golden jubilee of the independence of Mauritius but also the 26th anniversary of this nation having become a republic.

The President said that the first people from India arrived in Mauritius 200 years ago, in the 1820s. In 1834, the first indentured labourers from India reached these shores. From those early challenges, the Indian community has come a long way. It has contributed, along with its fellow citizens of diverse backgrounds, to making Mauritius a prosperous country and a model for this region. As a steadfast friend, India has been proud to support their efforts. He said that the Indian community in Mauritius comprises those who trace their roots to a variety of Indian states, from Bihar and Uttar Pradesh to Tamil Nadu to Gujarat to several others. He urged them to become a living bridge between Mauritius and India, and Mauritius and individual states of India.

The President said that India’s affection and feeling for Mauritius is symbolic of our shared aspirations for Africa and for the Indian Ocean Region. Above all else, it is our people who bring us together. Mauritius is one of the largest participating countries in the Indian Technical and Economic Cooperation programme. Over 300 young people from here undergo civilian and defence related training in India each year. Under India’s Africa Scholarships programme – part of the India Africa Forum Summit initiative – each year 97 scholarships are offered to Mauritian students for higher education. Another 200 students enrol themselves in Indian universities on a self-financing basis. They come to India as cherished friends. And we send them back as ambassadors of India – and life-long believers in our partnership.

The President said that the challenge before us is to modernise our society and economy without succumbing to an extractive and energy-guzzling model. India is making every effort to meet this challenge – but this challenge is not India’s alone. It is the challenge of every country and every global citizen. As an island nation, Mauritius is of course extremely conscious of this challenge.

The President said that India sees Mauritius as central to the emerging institutional architecture of the Indian Ocean Region – and we want to sail together, and sail far, in these majestic waters. Our aspiration is for Mauritius to rise as a leading economy and a voice for peace and stability in the entire Indian Ocean Region.

The President called on the President of the Republic of Mauritius, Her Excellency Dr Ameenah Gurib-Fakim at State House, near Port Louis. During the discussion, the President thanked Government and people of Mauritius for the very heart-warming welcome given to him. He stated that it feels as if he was in India and among our own people.

The President said that India is committed to its development cooperation partnership with Mauritius. India looks forward to further strengthening its capacity building and financial assistance programme for Mauritius. He stated that we should ensure that the traditional strength, dynamism and exalted status of our bilateral relations are handed over to our youth to carry it forward. There is a need to engage the youth more in our bilateral, regional and diaspora networks.

Later in the evening, the President will attend a banquet hosted in his honour by the Prime Minister of Mauritius, Honourable Pravind Kumar Jugnauth. 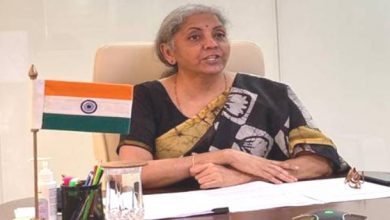 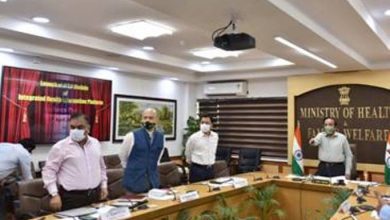