Speaking on the occasion Shri RK Singh emphasised the role of electricity in socio-economic development and reiterated the Government’s commitment to bring power to every household- specially the most deprived and marginalised ones. Calling hydro-power a clean and green source of energy, the Minister stated that development and environment can go hand in hand. “As Indians we are equally, if not more, concerned about our own environment and we are duty-bound to leave a better world for future generations,” he said. He congratulated the people of Uttrakhand for Naitwar Mori Hydro Electric Project.

The Proposed Naitwar Mori Hydro Electric Project (NMHEP) is located on the river Tons – a tributary of the Yamuna, in Uttarkashi district of Uttarakhand. This run-of-the river project was allocated to SJVN Ltd by the Government of Uttarakhand.  SJVN Ltd is a Mini Ratna PSU under administrative control of the Ministry of Power, Govt. of India.

With environment clearance accorded in 2016, all statutory clearances for the project are in place. Major civil works were awarded in December, 2017 and the project is scheduled to be completed by December, 2021, in a period of 4 years. It will have two underground generating units of 30 MW each. The estimated project cost at October 2016 PL is Rs. 648.33 crore with a debt equity ratio of 70:30. Levelised tariff is Rs. 6.39 per unit.

Naitwar Mori Hydro Electric Project will add 265.5 Million Units of renewable energy to the grid and would result in CO2 emissions reductions to the tune of 0.21 Million tons annually. Besides socio-economic development and employment generation, the project would provide 12 per cent free power to Government of Uttarakhand and 1 per cent additional for Local Area Development Fund (LADF).

All precautions have been taken to minimise the environmental impact of the project. Compensatory afforestation will be done on double the forest land acquired for the project, with a total cost is Rs. 3.74 crore. A provision of Rs. 1 crore has been made for construction of fishway for better fisheries management and muck disposal plan has also been put in place to stabilise the dumping sites.

Technical details of the Project: 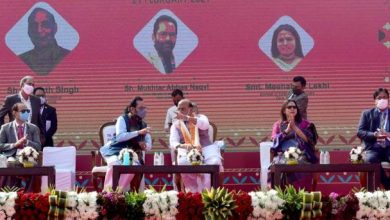 Induction of Indigenous Bridge in Corps of Engineers