Secretary Dr. Pankaj Kumar Pandey said that these types of competitions being organized in the field of skill development would infuse self-confidence among the youth. In future, youth in more number and with great zeal, would participate in competitions and would make themselves and state proud. In the competition organized in Lucknow, apart from Uttarakhand, youth from the states of Bihar, Uttar Pradesh, Himachal Pradesh, Punjab etc participated. The youth of Uttarakhand through their talent and marvelous skills won the hearts of the people.

World Skill Competition is organized every two years. The coming World Skill Competition is scheduled to be held in Kazan (Russia) in year 2019. In that order, for the youth of different states of India, skill competitions for the various skills, were organized at the district/regional and state level in the month of April 2018. First two participants selected from different states got the opportunity to participate in the various zonal level competitions. From Uttarakhand, in electronics skill, Ujjawal Bhardwaj got the first position, while in auto body repair skill, Suraj Kumar secured the first place and in the restaurant services skill, Samarth Bisht remained at second position, thereby securing their place in the national level competition to be held in the month of July.

From 23rd March to 3rd April 2020, Railways has transported more than 2.5 lakh wagons of coal and 17742 wagons of petroleum products

President of India donates to Army Hospital on Vijay Diwas 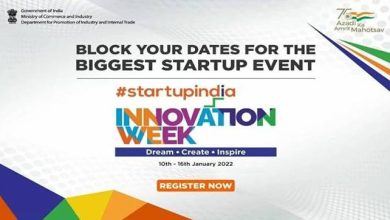 designed to showcase the spread and depth of entrepreneurship across India