New Delhi: External Affairs Minister Smt Sushma Swaraj and Union Minister for Road Transport & Highways, Shipping and Water Resources, River Development and Ganga Rejuvenation Shri Nitin Gadkari flagged off Suraksha Yatra – a motor car rally from Rajghat in New Delhi to commemorate the 150th Birth Anniversary of Mahatma Gandhi. The flag off was also part of an event to launch the 30th National Road Safety Week. The Minister of State for Road Transport and Highways, Shipping, Chemicals and Fertilizers Shri Mansukh L Mandavia andShri V. Kalyanam, Personal Secretary to Mahatma Gandhi were also present on the occasion. The rally will travel through places historically associated with Gandhiji, both in India, as well as in Bangladesh and Myanmar, and will pass through Sabarmati, Porbandar, Dandi, Yerwada, Sewagram, Jabalpur, Lucknow, Gorakhpur, ChauriChaura, Champaran, Shantiniketan and Kolkata in India before travelling to Dhaka in Bangladesh. It will conclude at Yangon in Myanmar on the 24th of February, covering a total distance of 7250 km. The rally is part of the year-long celebrations to commemorate the 150th year of Mahatma Gandhi in India and across the globe, initiated by Government of India on 2nd October last year. It will take up advocacy on Road Safety concerns along the route.

Speaking on the occasion, Shri Gadkari said the objective of the rally is to spread Gandhji’s message of Satyaand Ahimsa among people. He said Mahatma Gandhi’s ideals are very relevant in today’s times and are respected by people the world over. Shri Gadkari said that since Gandhiji is an inspiration for society, this rally on his 150th birth anniversary can have a big impact in creating awareness on the issues of road safety.  The nearly 5 lakh road accidents in the country and the resulting huge loss of lives is a major cause for concern.  The Ministry of Road Transport and Highways has taken earnest steps for reducing the number of road accidents that include rectification of accident black spots, improved road engineering, training of drivers and awareness generation. Some positive, though small, results have been seen in the past two years, with some reduction in the number of accidents. A lot more needs to be done in this regard, he said, and expressed hope that the rally and the other events being organized as part of the National Road Safety Week would help in making people more aware about the issue and the vital roles they can play in preventing accidents.   The Minister also administered a Road Safety Pledge to the people on the occasion.

Smt Sushma Swaraj called upon road users to adopt Gandhiji’s principles of Peace, Patience and Tolerance for improving road behaviour. She referred to the increasing cases of road-rage, and said that a large number of road accidents occur because people are not mentally at peace while driving, they are impatient and intolerant. She said, adopting Gandhiji’s principles of can help in making people more peaceful, patient and tolerant, thereby preventing road accidents.

Shri Mandaviya said the rally was a very good opportunity to spread education about road safety. He said, Gandhiji’s message of discipline is relevant for inculcating the spirit of discipline among road users. Remembering his recent Padyatra, he said, he learnt that Gandhiji’s ideas are still useful for the society.

A host of initiatives were launched on the occasion of the 30th National Road Safety Week today, aimed at generating awareness and sensitizing people about safe road usage.  These include a Dash Board for Road Accident Data of India and states which will be available on the website of the Road Ministry. People can access road accident related data and other information from this Dash Board.

The Society of Indian Automobile Manufacturers (SIAM) has declared 2019 as the Year of Road Safety, to underline its commitment and support for promoting safety on Indian roads.

A set of comic books on road safety produced by Uber and Amar Chitra Katha were also released on the occasion.  Called Swachha Safar and Surakshit Yatra, these comic books are aimed at creating awareness on the issue among children in an informal format that they can relate to.

The Ministers also launched the 3rd edition of iSAFE – 9-Month long championship on road safety issues for  schools and colleges across India.  With more than 1500 colleges participating till date in the earlier editions of the competition, the expected participation this year is of 5000 colleges . The best colleges across the nation will be awarded prizes worth 25 lakhs as part of the championship. Interested students can register by visiting iSAFE’s official Website.

To make the common man aware of the rules and regulations for road safety, the Ministry of Road Transport and Highways and Indian Road Safety Campaign (a body by students and alumni of IIT Delhi)-  have produced  interesting and creative videos. These videos were also launched today, and it is proposed to put them up at each RTO and driving license centres.

Sanction letters have been  issued by Ministry of Road Transport and Highways to 135 NGOs for conducting road safety programmes. Retro Reflective Stickers carrying the message of road safety – Sadak Suraksha Jeevan Raksha – were also launched on the occasion. Automobile manufacturers have assured that all new vehicles will henceforth come with these stickers. 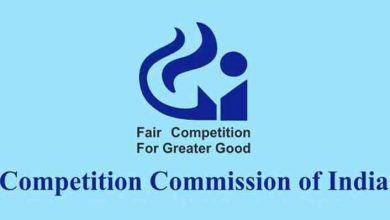