New Delhi: Sh. Hardeep Puri, Minister of State (I/C), Housing and Urban Affairs has stated that Sustainable, balanced and integrated development of urban areas is a key priority of the Government and a central theme in its urban growth paradigm. He was addressing ‘The Knowledge Coalition-Intelligent Conversations’ on the occasion of World Environment Day in the presence of Mr. ErikSolheim, Chief of United Nations Environment Programme, Mr. Yuri Afanasiev,UN Resident Coordinator and UNDP Resident Representative in India, Dr. Ajay Mathur fromThe Energy and Resources Institute&Ms. Dia Mirza, UN Environment Ambassador, here today. Sh. Puri said that the way wemanage the ‘urbanization’ process in our country will be one of the key drivers of the extent to which we can reap the benefits of the much talked about “urban transition”.

He further said that with its cities emerging as the drivers of the national economy, India stands at the threshold of a critical ‘moment’ in its developmental trajectory where adequate opportunities must be created for cities/towns to grow, flourish and become vibrant centers of investment and productivity. Acknowledging India’s crucial role in addressing global issues on mitigating climate change, he said that India has made some far-reaching commitments towards the larger welfare of the planet like being committed to achieving the UN Sustainable Development Goals by 2030 and being a signatory to various important international environmental agreements, including commitment at the COP 21 to reduce the emission intensity of its GDP by 33% by 2030 even while growing at a fast pace.

He underlined that the fact that all missions of the Ministry of Housing and Urban Affairs have a strong focus on environment and ecological sustainability. He said that Missions such as the Smart Cities Mission have been designed with a strong focus on environment, integrating various direct and indirect interventions towards sustainable growth and infrastructure development, reduction in emissions, and improving disaster resilience of cities. Further he said that a Technology sub-mission is also being set up under the Pradhan Mantri Awas Yojana (Urban) to facilitate adoption of innovative and modern building techniques.

He emphasized on the commitment of the Ministry of Housing and Urban Affairstowards sustainable development and achievement of SDGs as evidenced by the ambitious project undertaken by it to measure the “Liveability” of Cities, whereeach of the 79 Liveability indicators are closely linked to various SDGs and cover the entire gamut of issues from public transport, to reuse of water, pollution, vulnerability.

Acknowledging the challenges ahead, Sh Puri said that strong and committed partnerships between the governments, academia and industry at the international, national and local levels will help to achieve the goals of sustainable growth.

Mantle of Administration handed over at Headquarters Western Air Command 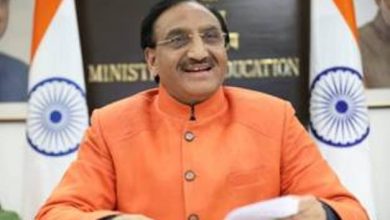 More than 7 lakhs Persons have Recovered from COVID-19