New Delhi: The Ministry of Textiles, in close collaboration with state Governments and district administration, strove to achieve the targets in respect of various deliverables. Weavers’ Service Centres (Field Office for Handlooms) was designated as supervising agency for effective coordination with banks, district administration and weavers. Addressing a press conference in New Delhi, Secretary Textiles, Raghvendra Singh, said that special focus was deliverables in the districts of Arunachal Pradesh, Assam, Mizoram and Manipur. In several districts, the deliverables were substantial, for example coverage of almost cent percent in each district. Specially for the weavers, yarn-passbooks have been distributed which make available the required yarn to them at subsidies rates. The marketing events organised in these districts generated substantial sales during the 100-day period for the artisans and weavers.

Raghvendra Singhtold mediapersons that quality certification is a requirement before e- commerce. Apart from the awareness campaign, around 53,000 labels were issued, applications received and registrations done under the Handloom Brand. Similarly, weavers and artisans were also enrolled under the social security insurance scheme.

To increase the earnings of the weavers and artisans the Promotion Council for Handlooms and Handicrafts signed MOUs with Weavers’ Societies and artisans from amongst the focus district of MSME outreach programme for promoting exports through design, skill and such other interventions.

Textiles Secretary informed that Centres of Excellence, comprising 55 display outlets have been set up in Varanasi for the sale of products which are G.I. tagged. Similarly, children have been facilitated in various districts to avail of the learning opportunities through IGNOU and NIOS wherein the Textile Ministry provide 75% of the cost for girls and children belonging to SC,ST and BPL categories. Tufting frames and carpet looms have been provided to Carpet weavers of Bhadohi in UP.

The Secretary further told thatMinistry of Textiles has entered into agreement with prominent garmenting companies of India for placing orders with clusters of weavers through the handloom verticals of these companies. Orders are being placed with the Ministry catalysing these orders, handholding the weavers in terms of providing common facilities, tool kits and yarn at subsidised rates to cut down the cost of production which is impacting the income of weavers greatly, enhancing it substantially. 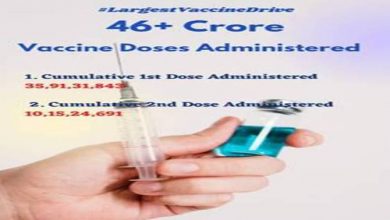