A UK court on Wednesday denied bail to Nirav Modi for the third time, saying the fugitive diamond merchant who is the main accused in the Punjab National Bank fraud and money laundering case amounting to up to USD 2 billion would fail to surrender.

Dressed in a light blue shirt and trousers, the 48-year-old appeared before Westminster Magistrates Court Chief Magistrate Emma Arbuthnot and sat behind a glass enclosure as the hearing got underway.

Modi’s defence team doubled the bail security to 2 million pounds and offered he would stay on 24-hour curfew at his London flat.

“Conditions in Wandsworth (prison) are unliveable… Modi is willing to abide by any conditions you choose to impose,” his barrister Clare Montgomery told the Judge during the lengthy hearing.

However, the judge was not convinced.

“This is a large fraud and the doubling of security to 2 million pounds is not enough to cover a combination of concerns that he would fail to surrender (if bail is granted),” said Judge Arbuthnot.

Earlier, the Crown Prosecution Service (CPS), arguing on behalf of Indian authorities, said Modi should not be granted bail as the evidence presented by the defence does not amount to change of circumstances required to the third bail application.

Modi’s defence team, led by barrister Montgomery – who was also the barrister for former Kingfisher Airlines boss Vijay Mallya in his extradition case – opposed the CPS claims of Modi being a flight risk.

He is believed to have been living in the UK on an Investor Visa, applied for in 2015 – at a time when the so-called “golden visa” route was relatively easier for super-rich individuals to acquire residency rights in the UK based on a minimum of 2 million pounds investment.

He was denied bail by District Judge Marie Mallon at his first hearing on March 20 soon after his arrest by Scotland Yard officers from a central London bank branch as he tried to open a new bank account and has been in custody at HMP Wandsworth prison in south-west London since then.

He was denied bail a second time on March 29 by Chief Magistrate Arbuthnot who ruled that there were “substantial grounds” to believe that he would fail to surrender and also noted that “very unusually in a fraud case” the accused had made death threats to witnesses.

Modi and his uncle, Mehul Choksi, are the main accused in the PNB scam and they both left India before the details of the fraud came to light in January 2018. He is wanted by India in relation to the Rs 13,500-crore PNB fraud case. Source Deccan Herald 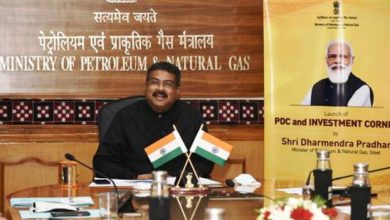