Mumbai: UltraTech Cement Ltd, the Aditya Birla group company that has lost a bid to acquire Binani Cement Ltd, has challenged the sale of the cement maker to rival Dalmia Bharat Ltd, alleging lack of transparency in the bidding process.

“The creditors of Binani Cement have overlooked important aspects of the resolution plan submitted by us and have hastily decided to approve the sale to Dalmia for reasons best known to them,” Atul Daga, chief financial officer at UltraTech Cement, said in an interview.

“We fail to understand the reasons behind approving the sale to Dalmia, although we had made the highest bid,” Daga said. “Isn’t the committee of creditors responsible for looking after the interests of all stakeholders?”

UltraTech has now challenged the sale to Dalmia Bharat at the National Company Law tribunal (NCLT), and the matter is scheduled to be heard on Monday at the Kolkata bench of the tribunal.

On 16 March, a committee of Binani Cement creditors approved the resolution plan from a consortium led by Dalmia Bharat Ltd.

The Dalmia Bharat consortium had bid about Rs6,350 crore ($978 million) and had offered close to a 20% stake in Binani Cement to its lenders.

Dalmia Bharat proposed to make the Binani Cement investment through an equal joint venture with India Resurgence Fund, which is backed by Bain Capital Credit and Piramal Enterprises Ltd.

Mint had reported on 19 February that both UltraTech and Dalmia had submitted bids of roughly around Rs6,000 crore each, with included upfront cash payments, as well as an offer of close to 20% stake in Binani to lenders.

Although Dalmia Bharat’s bid was marginally higher, UltraTech had raised the offer by Rs700 crore, taking its overall offer above Rs7,000 crore.

Mint had reported on 16 February that UltraTech was specifically asked by the creditors to provide information on a Competition Commission of India (CCI) penalty, which is a contingent liability on the company.

This was part of an overall penalty of Rs6,700 crore on 11 cement companies, including UltraTech, ACC, Ambuja Cements Ltd, Ramco Cements Ltd and JK Cement Ltd, as well as industry body Cement Manufacturers Association for indulging in cartelization.

UltraTech approached the Competition Appellate Tribunal against the order, which stayed it.

“We were told that our bid was not being considered because of the contingent liability following the CCI order,” said Daga.

“Even before we revised the bid higher, the difference in score between us was marginal, but lost out as creditors unilaterally decided that we will not get the Competition Commission of India approval for the deal,” Daga added.

On 23 February, UltraTech had approached the Competition Commission of India, seeking an approval in the event of it acquiring Binani Cement.

Dalmia Bharat, too, had made a similar request to CCI. Binani Cement is a unit of Binani Industries Ltd (BIL).

In July last year, NCLT’s Kolkata bench had admitted the insolvency petition against Binani Cement. Bank of Baroda (BoB) had referred the company to NCLT after it failed to repay around Rs100 crore, following which Vijaykumar V. Iyer of Deloitte India was appointed as the interim resolution professional (IRP).

At the time of being admitted in NCLT, Binani Cement owed a consortium of lenders close to Rs3,042.93 crore.

Following the appeal, the appellate tribunal had admitted them as creditors of Binani Cement, thereby adding an additional Rs2,000 crore to its unpaid loans. (Mint) 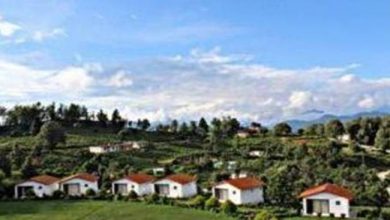