New Delhi: Union Minister of Steel, Birender Singh interacted with a group of stakeholdersin New Delhi. In the freewheeling and open deliberation session, the Minister shared with them various initiatives, schemes and achievements of the Ministry. The participants included people from diverse backgrounds and age-mix, with interests, experience or expertise in steel and related industries. There were professors, engineers, former CMDs, students, social workers, and entrepreneurs in the round-table discussions.

Shri Singh spoke briefly about India’s rapid rise in the world steel scenario, polices rolled out by the Ministry and various projects of national importance where steel has been used. He also pointed out how the Ministry is taking concrete actions to ensure that steel used in India is cleaner, safer and healthier for every Indian. The Minster highlighted the progress made by India in different spheres of economy.

The address by the Minister was followed by a lively interaction. The participants sought answers to their queries about future roadmap, resource management and linkage of steel with the economy. They also shared their ideas and innovative suggestions on what more could be done to further improve contribution of steel sector to the society and the nation.

Shri Singh thanked the participants for taking out time and contributing their best to enable the Government in enhancing citizen engagement and participation in its plans and policies. They expressed their happiness in being given this opportunity to be apprised of the Government’s initiatives and efforts.

The session was part of the ongoing series of interactions being coordinated by MyGov, (Citizen Engagement Platform of GoI) named “FridayAtMyGov”. 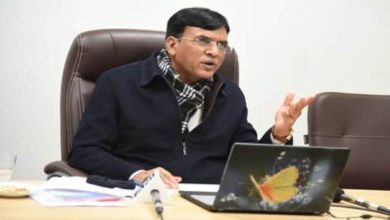 In situations like COVID, tele-consultation is a boon especially for primary healthcare: Dr Mandaviya