New Delhi: The Vice President of India, M Venkaiah Naidu conferred awards on 17 persons for their outstanding contribution in different fields of textiles sector in New Delhi this evening. During the ceremony he was presented commemorative stamps on GI registered handicrafts.

Speaking on the occasion, the Vice President said that the textiles sector is playing a pivotal role in the economy and it needs to be recognized and respected by all. He said that the Textiles Ministry has taken several initiatives during the last 4 and half years, which will yield rich dividends and help India become one of the three largest economies of the world.  He expressed hope that the felicitation of awardees will inspire others to do more to get recognition. The Vice President said that there is no dearth of talent in the country and the only thing that is needed is to tap the available talent by proper skilling and encouragement. Shri Venkaiah Naidu stressed on improving the quality of products to become competitive in international markets and called upon the textiles industry to create brand for Indian textiles products.

Union Minister of Textiles, SmritiZubinIrani, in her address said that the Textiles Ministry is for the first time giving awards to people who have made significant contribution to textiles sector. She said that the Textiles Ministry will address the issues flagged during the day long ‘National Conclave on Accomplishments and Way Forward for Textiles Sector’ which concluded with award ceremony presided over by the Vice President of India. Seventeen awards in different categories were given away by the Vice President for outstanding performance and excellence in various spheres of textiles industry.

Earlier in the day, the national conclave was inaugurated by the Union Textiles Minister. It was also addressed by the Minister of State, Ajay Tamta and Textiles Secretary,Raghvendra Singh. The inaugural session was followed by panel discussions on technical textiles, ease of doing textiles business, handicrafts, access to global markets and supply chains and fashionizing weaves.

The two-day outreach programme was launched last evening in the premises of Red Fort with presentation of eight special recognition awards for the excellent work in textiles sector. In addition, 16 artisans were felicitated who have enriched the handloom sector with their creative work in weaving and printing. The event was followed by Textiles Show-Artisan Speak.

The last four and half years have been transformational for thissector. Industry specific policies, technological upgradations, focus on research & development, investment in human resources and strategic intervention for market promotion have made Indian textiles most desirable and trusted brand on the global map. 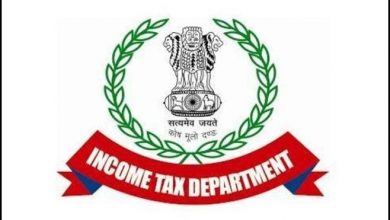