Through the campaign, the Ministry and the Campaign’s Partners aim to recognize the fortitude of Indian women stalwarts from across the globe who have used the power of social media to run positive & niche campaigns to steer a change in society. This Campaign will recognize and acknowledge the efforts of these meritorious Women.

At the launch, Smt. Maneka Sanjay Gandhi, Union Minister for Women and Child Development, said, “Indian women have always been enterprising and have created a positive impact on society with their hard-work, experience and knowledge. Women online, though niche, are a very powerful voice. #www: WebWonderWomen is a campaign to specially honour and encourage such voices that have in their own capacity driven a positive impact on social media platforms. The Ministry is glad to partner with Breakthrough and Twitter India on this.”

The Campaign invites Entries via Nominations from across the world, as per the laid out criteria. Nominations are now open till 31st January, 2019. Indian-origin women, working or settled anywhere in the world, are eligible for nomination. The shortlisted entries will be open for public voting on Twitter and the finalists will be selected by a specialized panel of judges. Nominations have been invited in a large number of categories including Health, Media, Literature, Art, Sports, Environmental protection, fashion among others.

Flagging in Ceremony of NCC Girls Expedition to Mt Tenchenkhang 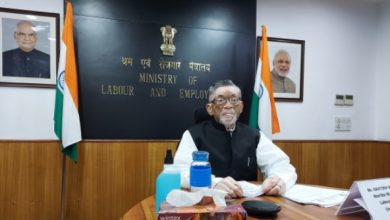