New Delhi: The eleventh Rashtriya Rifles Biennial Conference is being conducted at Nagrota from 26 to 27 March 18. The event chaired by Chief of the Army Staff has been attended by Army Commander Northern Command, Director General Rashtriya Rifles, Corps Commander 15 and 16 Corps and all General Officers Commanding Counter Insurgency Forces.

COAS, in his address lauded the stellar role played by the Rashtriya Rifles in restoring and preserving peace in Jammu and Kashmir and extolled its contribution towards inclusive development of the state and in nation building. He outlined the present and future focus of operations aimed towards neutralising terrorists through clean and people friendly operations. He further emphasised upon the need for avoiding collateral damage and ensuring the dignity and human rights of the Awam at all times. He appreciated the role being played by the Rashtriya Rifles battalion in the counter infiltration role.

The Rashtriya Rifles has assisted the locals from inaccessible and far flung areas of the state by providing assistance in diverse fields and has given an impetus to development, growth, education, women empowerment, skill development and communal harmony through its multifarious enabling civil action programs. 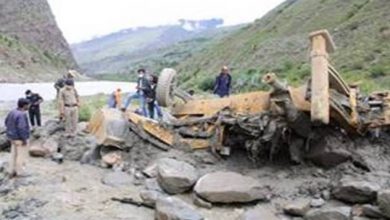 Ideas are also invited for gainful engagement of people at home, healthy food for nutrition and boosting immunity specially at the time of lockdown

Global slowdown is a temporary phase and India will soon come out of it: Amit Shah