In a significant step towards realisation of vision of the Hon’ble Prime Minister of India for creation of a New India by 2022, Government of India has identified 115 backward districts for rapid transformation by 2022. Today, i.e. on November 24, detailed briefing of these Prabhari officers was held under the chairmanship of Cabinet Secretary, Sri P.K. Sinha in CSOI, Chanakyapuri. Besides Prabhari officers, meeting was also attended by Secretaries of important central Ministries.

For each of the Districts, senior level official of Government of India at the rank of Additional secretary and Joint secretary have been nominated as Prabhari officer.

In his key note address, Shri P.K. Sinha expressed his confidence that nominated officers would accept this challenge and would succeed in their mission. Terming this as an important initiative of making difference in the lives of millions of citizens in these districts, he advised the Prabhari officers to immediately form team with State representatives and bring convergence in their effort. Mentioning that fund is not a constraint in this programme as already, large funds are available under different Schemes. He advised the officers to also explore the availability of funds in District Mineral funds, wherever available for this purpose. In addition, he advised them to use flexi-fund which are significant in amount and are available under different Schemes of the Government. As per him, the officers should take it as a challenge and congratulated them to be given this opportunity to contribute in creation of a New India by 2022.

Speaking on the occasion, CEO, Niti Aayog Shri Amitabh Kant emphasised that for dramatic improvement in Human Development Index, transformation of these backward districts is urgently required. He stated that Govt of India is committed to make all round efforts to achieve these objectives in partnership with States. He advised the Prabhari officers to assist the District administration in articulation of their vision for 2022, in ensuring the convergence of the efforts of central and state government and in establishing a robust mechanism for capturing improvement in key outcomes in the district. He mentioned that Niti Aayog has entered into a MoU with Government of Andhra Pradesh which has taken some major initiatives in creating the real time monitoring system in the State. This would facilitate replication of such mechanism in other districts.

Presentations were also made by team of Andhra Pradesh officials that proposed a plan for rolling out such monitoring mechanism. It was also emphasised that third party validation of key performance indicators in the field of education, health and nutrition, basic infrastructure including roads, electricity, household toilets, agriculture and irrigation is necessary for fine-tuning the strategy at district level. CEO, Niti Aayog informed that Niti Aayog is working with many agencies in getting such surveys done so that the programme focuses on key outcomes.

Shri Rajiv Gauba, Home Secretary stated that if these districts are transformed, there would be tremendous improvement in security environment of the country. He emphasised that while 35 Districts have been selected on the basis of reported violence by Left Wing Extremism, 55 districts out of 115 are affected by Left Wing extremism and another 15, including districts in J&K and North East are affected by terrorism. Advising the Prabhari officers to bring convergence in the development efforts of different Ministries and state Governments and the schemes specially launched by Home Ministry in these districts, he felt that it is a great opportunity to ensure rapid development in the country.

PM’s Statement prior to his departure to Bhutan 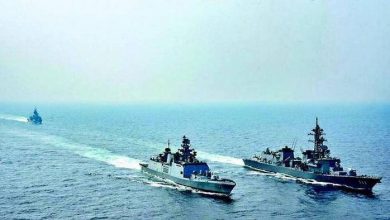 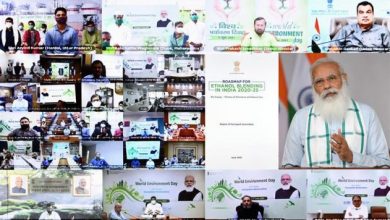