The Minister for Environment, Forest and Climate Change Shri Harsh Vardhan on Saturday visited the pavilion set up by National Mission for Clean Ganga (NMCG) at Vigyan Bhawan lawns from 2nd June to 5thJune 2018 to observe the World Environment Day.  India is the global host for Environment Day celebrations this year.

Director General, NMCG Shri Rajiv Ranjan Mishra briefed the Union Minister about the progress being made under Namami Gange programme. The Minister appreciated the efforts of NMCG.

In the NMCG pavilion which is in Hall Number 1 at Vigyan Bhawan lawns, the projects and the progress under Namami Gange programme are being showcased. 204 projects costing Rs 21, 367 crore have been sanctioned as part of clean Ganga mission till May 2018. Out of these, 52 projects have already been completed and 97 are under progress. 55 projects are under tendering.

Under Namami Gange programme, special attention is on 10 major towns along river Ganga contributing almost 64% of total sewage discharge in river Ganga and many of these are being taken up for better and comprehensive coverage under Hybrid Annuity mode and with One City –One Operator mode.

As part of spreading awareness about Clean Ganga Mission, especially amongst children, a cartoon character Ganga Ram has been introduced at the exhibition which is a hit with children. Ganga Ram is a common man who exhorts his fellow citizens to contribute in Clean Ganga Mission and join hands with the government. The cutouts on one side depict the aspirations/vision of an Indian as to how river Ganga should be and other side depicts the kind of interventions under Namami Gange.

Ganga Puzzle, which has been developed by GIZ, one of NMCG’s partners in Clean Ganga Mission is attracting a lot of children/students. On the first day of the exhibition, nearly 20 Ganga Puzzles were won by children on answering of 5 questions related to Ganga. Display is interactive and visitors can see details of their interest on touchscreens and Bhuvan App.

Swachh Survekshan 2020 to Commence from 4 January 2020 across India 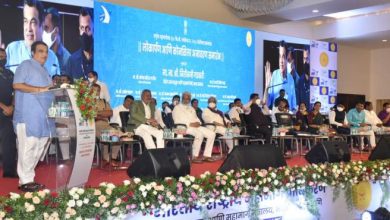