He gave knowledge to people about truth, non-violence, celibacy (Brahmacharya) and possessionlessness (Aparigrah). Lord Mahavir, in his youth sacrificed his kingdom, along with worldly temptations, happiness for austerity to dedicate his whole life for the good of the world. His whole life inspires the society to follow the path of non-violence and sacrifice. His theories inspire everyone for world-peace.

The Chief Minister said that ‘Mahavir Jayanti’ is not just a festival, but also a symbol of truth, simplicity, nonviolence and purity. At this festival, we must make a resolution that we should keep away from falsehood, deceit, greed and manifestations away from our lives and live a true, pure and altruistic life.

E-Governance is key to “India@75” when the nation celebrates 75 years of independence: Dr Jitendra Singh 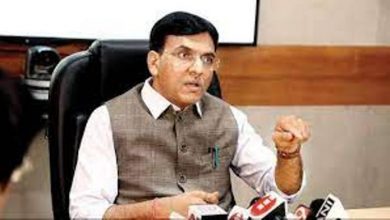 Threefold increase in production of Remdesivir in the country: Mansukh Mandaviya