Bharadisain: Uttarakhand Chief Minister Mr. Trivendra Singh Rawat has termed the recently concluded budget session as a success during an informal talk with media persons at Vidhan Sabha, Bharadisain, Gairsain. He said session continued for six consecutive working days, which was a record.  He said that many important Bills were passed and entire session remained a working session.  He said that around 13 replies were given by the state government everyday day during session.

Chief Minister Mr. Trivendra Singh Rawat also congratulated the Vidhan Sabha Speaker for immaculately running the session. He said MLAs were given enough time to table their queries, and ministers thoroughly replied to their questions.

On being asked to comment on the pending Lokayukta Bill, Chief Minister Trivendra Singh Rawat said that Bill is now the property of the house and the opposition has no moral right to ask questions about it.  He said that it was governments’ top priority to run corruption free administration. He said stringent action have been taken against corrupt officials by the state government in the past one year. He also thanked the opposition for their cooperation during the budget session. 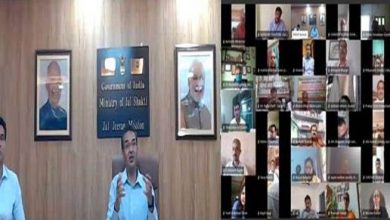