A two-day National Consultative Workshop, organized byGovernment eMarketPlace (GeM)SPV and DGS&D under Ministry of Commerce  in association with National eGovernance Division under the Ministry of Electronics & IT, for the buyers and sellers on Government e-Marketplace (GeM), commenced today .

Inaugurating the workshop the Commerce and Industry Minister Smt. Nirmala Sitharaman  said, “It is a great day towards achieving transparency in public procurement. As we sign as many as six MoU today, I thank the respective state representatives coming forward and embracing GeM as the platform for government procurement in their states. I must also mention that this has been possible thanks to the continuous and full spirited guidance and support from the Hon’ble Prime Minister Shri NarendraModi, and his conviction in bringing in transparency in public procurement.”

“I am glad that GeM is being recognized as the national e-procurement portal. Following the processes under GeM platform, around 20-30% reduction of price has been achieved as compared to what it was  prior to GeM. Therefore, there is substantial tangible evidence that the processes followed at the portal is indeed bringing cost down. Most importantly, the sellers do not have to run around from pillar to post to get their payment, which will be made within 10 days of the delivery of the products and services.” Added Smt. Sitharaman

Representing Puducherry, Shri Manoj Kumar Parida, Chief Secretary, Puducherrysaid, “I congratulate the ministry of commerce and the entire team for transforming the lives of millions. It does not only affect the traders and suppliers, but also brings in a major change the activities the officials too. GeM is a wonderful concept wherein everything is transparent. We are clear about the goods we want; they are clear about the price at which they sell. It is a wonderful beginning which is worth welcoming.”

Shri Binoy Kumar Director General, DGS&D said, “When GeM was formed eleven months ago, it had only one product as a desktop computer and one service, that is a taxi service. Today, we have grown to an extent that we have more than 5000 government departments users, around 16000 sellers and service providers and more than 50,000 products. GeM has reached to this stage of development because there has been a transparent efficient and accountable system behind. Most of the states are now fully convinced about the utility of this platform, which not only provides transparency, but also offers a substantial savings to them. I am sure the states will be able to make best use of this portal and their activities will be channels towards more productive means and initiatives.”

Commenting on the initiative, Smt. S. Radha Chauhan, CEO, GeM& CEO,NeGDsaid, “The Government eMarketplaceis a national procurement portal, which realizes the Digital India vision of contactless, cashless and paperless mode of governance. It should not only be seen as a procurement portal for the government buyers, but also as a tool for empowerment and entrepreneurship across the country at all levels, including the small and the micro units.”

Over 300 Senior level officers handling procurement activities in the state departments such as Finance, Treasuries, IT & e-Governance, General Admin, Industry & Commerce, Women & Child Development (WCD), Food, Board of Revenue and other departments that have major procurement activities along with more than 250 major vendors on GeM are expected to attend the workshop.

As Digital India aims to bring in maximum transparency by minimizing Government’s human transactional interface, the objective of this workshop is to increase the adoption of GeM by the states by introducing the participants to GeM Procurement Workflow, demonstrate its usability and sensitize to them to the need for onboarding with suggested amendment to relevant rules and regulations for procurement and to clarify any doubts that the states/ government buyers and sellers might have for smooth implementation of GeM.

The world is looking positively towards India: Vice President 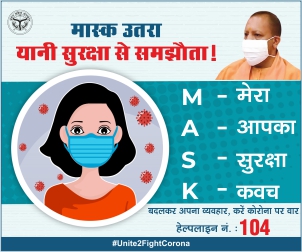