New Delhi: India is getting ready to host the 8th 3R Regional Forum in Asia and the Pacific in its cleanest city, Indore* from 9-12 April, 2018 co-organised by the Ministry of Housing and Urban Affairs (MoHUA) Government of India, the Ministry of the Environment, Government of Japan (MOEJ), and the United Nations Centre for Regional Development (UNCRD), under the theme of “Achieving Clean Water, Clean Land and Clean Air through 3R and Resource Efficiency- A 21st Century Vision for Asia-Pacific Communities”.

Countries across the world are grappling with the issue of municipal solid waste (MSW) management today. Current global MSW generation levels are approximately 1.3 billion tonnes per year and is expected to rise to 2.2 billion tonnes by 2025. Inefficient waste management has serious consequences on health and environment and can be most effectively tackled through an integrated approach consisting of the 3Rs (reduce, reuse and recycle). The Regional 3R Forum in Asia and the Pacific was launched in 2009 in Tokyo, Japan and since then, has provided a strategic platform for addressing the needs and priorities of 3R in Asian countries and sharing best practices from the region, including emerging concerns in waste management. In the last seven years, the Forum has been organised in Malaysia, Singapore, Vietnam, Indonesia, Maldives, Japan and Australia and has been instrumental in providing innovative, effective and smart 3R based solutions.

This year, the Forum, which is expected to have representation from 45 countries in Asia and the Pacific region, will be inaugurated by the Lok Sabha Speaker,
Shrimati Sumitra Mahajan in Indore.  Chief Minister of Madhya Pradesh, Shri Shivraj Singh Chouhan will be the Chief Guest at the closing session of the Forum. Government representatives, including mayors from 106 Indian cities, along with internationally renowned industry experts and civil society organisations will be part of the high-profile event. With the Confederation of Indian Industry (CII) as its industry partner, the Forum will also witness participation of business houses in significant numbers.

*Indore was ranked the cleanest city of India according to the Swachh Survekshan 2017, the annual cleanliness survey conducted by the Ministry of Housing and Urban Affairs since 2016.

In the official website for the 8th Regional 3R Forum, Minister of State (I/C), Ministry of Housing & Urban Affairs, Shri. Hardeep Singh Puri said, “The concept of 3R – “Reduce, Reuse, Recycle’ has been an integral part of India’s DNA and culture for centuries.  Unfortunately, rapid urbanization and attendant challenges have gradually pushed this concept to the background of urban consciousness. The launch of the Swachh Bharat Mission (Urban) (Clean India Mission) by Government of India in 2014, with its objective of 100% scientific management of Municipal Solid Waste synergises well with ‘Mission Zero Waste’, the theme of the 8th Regional forum on 3R being held at India’s cleanest city Indore. I am confident that the deliberations and the best practices – both international and national – shared in this Forum will enable both India and the Asia-Pacific to assume an even higher level of environmental responsibility in pursuing the tenets of the 3R, both in letter and spirit. I once again welcome all international and national delegates to the 3R forum.Let us all reaffirm our pledge to ‘Reduce, Reuse, Recycle’ and make the concept of ‘Zero Waste’ a reality.”

India’s rapid urbanization and burgeoning population have greatly increased the challenges of solid waste management in the country. Urban India produces an estimated 54.75 million tonnes of municipal solid waste annually. The Forum comes at an opportune time with the Indian government’s focus on scientific management of 100% municipal solid waste through its ambitious Swachh Bharat Mission (Urban). Through this Forum, India aims to strengthen this focus through its ‘Mission Zero Waste’ approach thereby encouraging cities, industries and other diverse stakeholders to look at waste as a resource. Parallely, the Forum will also recognise and reward industries and civil society organisations carrying out exceptional work in the area of 3R for waste management through the 3R Awards scheduled for April 12.

President of India addresses the Human Rights Day Function; Says The Effective Strengthening of The Human Rights at the Ground Level is a collective task of the Whole Society 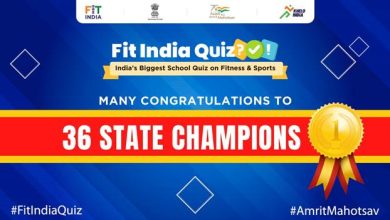 Recommendations of GST Council related on IT Roadmap