New Delhi: Mr. Roberto Azevệdo, Director General (DG) of the WTO, who is in New Delhi to attend the informal meeting of Ministers of WTO, called on the Prime Minister of India today.

The DG thanked the Government of India for taking the initiative of starting a conversation to explore ways to reinvigorate the multilateral trading system.

The Prime Minister reiterated that India is a strong supporter of the multilateral trading system. He stated that it is imperative to prioritise the WTO’s activities so that it addresses the concerns of developing countries. Urging DG, WTO to make special efforts so that the benefits of free trade and globalisation become more visible in developing countries, the Prime Minister conveyed his best wishes for the success of the informal meeting of Ministers of WTO.

Your mandate is to uphold rule of law in our democratic polity, says President to IPS trainees 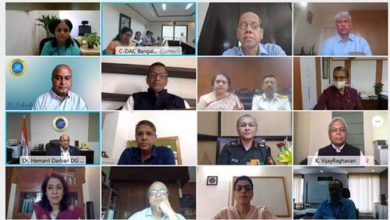