New Delhi: An all encompassing coordinated and composite exercise named Gaganshakti is being conducted by the IAF from 08-22 Apr 18. The aim of this exercise is real time coordination, deployment and employment of Air Power in a short & intense battle scenario.

During Gaganshakti IAF will exercise the entire machinery to validate its concept of operations and war waging capability. With each successive exercise, the lessons learnt in the previous exercises and doctrinal precepts are put to test, for developing new concepts. This year the IAF has planned tactics that will be tested in a real time scenario.

Concepts of accelerated operations, Network Centric Operations, long range missions with concentrated weapon releases across all air to ground ranges in India, inter valley troop transfer, flexible use of airspace, Joint Maritime Air Operations with the Indian Navy, Joint Operations with the Indian Army, simulated Combat Search and Rescue for effective extraction of downed aircrew behind enemy lines, Special Operations with Garuds, Mass Casualty Evacuation from highway and ALG Operations, to name a few, would be tested. It is for the first time that efficacy and integration of LCA in the operational matrix of the IAF is planned. The logistics stamina of the IAF and the ability to sustain continuous operations through day & night would be put to test.

Efficient exploitation of combat support assets, including use of enablers like AWACS, AEW&C, FRA, Transport aircraft and ISR assets forms an integral part of the exercise. Special operations employing transport aircraft and helicopter as well as Special Forces have been planned during the exercise. The IAF will utilize this opportunity to validate new strategies and tactics, especially to validate recently inducted or upgraded assets and equipments.

While it is an IAF centric exercise, it is planned to be executed keeping in mind the “Joint Operational Doctrine”. The requirements of the other services are being met and the same has been factored while planning the exercise settings. Joint operations, including CSFO, Airborne Ops, Air Landed Ops and Maritime Ops, have also been planned.

Apart from wartime drills, IAF will also practice and validate various Humanitarian Assistance and Disaster Relief drills that the IAF is expected to undertake from time to time. Some such measure would involve mobilization of Air Ambulance version of transport aircraft and helicopters to airlift simulated sitting and bedridden casualties to metros/big cities having good medical facilities and would include evacuation of casualties from highways that facilitate such operations.

Full spectrums of operations are planned by IAF with special focus on `Network Centric Operations’, and ‘Effect Based Operations’.

This exercise is aimed at coordinating operations, maintenance and administrative responses to achieve the stated objectives of the Indian Air Force, in case of any contingency. This exercise will hone the war fighting skills of the air warriors in a real time scenario thus affirming the IAF’s role as the cutting edge of our nation’s military capability. 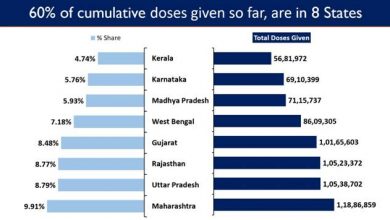