New Delhi: Union Minister for Chemicals & Fertilizers and Parliamentary Affairs, Shri Ananthkumar announced that the Government of India has approved the setting up of a Plastic Park in Deoghar District, Jharkhand, here today. The project would be set up at a cost of Rs. 120 crores in an area of 150 acres and a range of polymer products including woven sacks, moulded furniture, water tanks, bottles, pipes mosquito nets, etc would be manufactured. It has great potential for attracting investment for setting up an ecosystem for plastic industry and generate employment opportunities for the local populace, the Minister informed.

Addressing the media, Shri Ananthkumar informed that the project is likely to provide direct employment generation to about 6000 people and indirect employment to over 30000 people. The Minister also requested the State government of Jharkhand to facilitate land/ building infrastructure to set up a Central Institute for Plastic Engineering & Technology (CIPET) alongside the Plastic Park so that invaluable human resource may be trained thereto become plastic engineers and technicians. This human resource is of vital importance as the plastic industry is growing at a rapid pace and the polymer consumption in India would double from the current 10 million metric tonnes to 20 million metric tonnes by 2022, the Minister added.

Shri Ananthkumar also announced the setting up of Rs. 3.5 crore Plastic Recycling unit at Deoghar to tackle the menace of plastic waste being generated due to the place being a tourist attraction. Deoghar receives over 5 crore tourists per year, leading to generation of a lot of plastic waste. This waste needs to be recycled scientifically to contain the plastic waste generation and ensure sustainable development, hence the plastic recycling unit would be of huge importance, the Minister informed.

The coming up of the Plastic Park, CIPET and the Plastic Recycling unit would build an ecosystem that would encourage setting up of Plastic Industry at Deoghar, thereby making it a ‘Plastic Hub’ in the future, Shri Ananthkumar said. 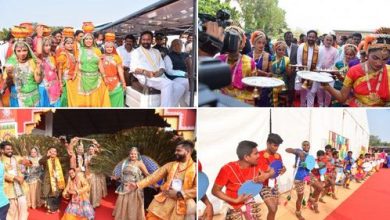 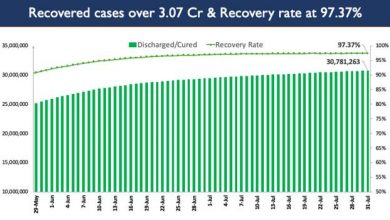