In an interview on the sidelines of the coalition’s first annual exchange programme in Mumbai, Mehta and Bjelland emphasize the importance of creating a new business model that delivers commercial value while solving human problems, and add that collaboration with corporations such as Royal Dutch Shell Plc, TechnipFMC Plc, the Ikea Foundation and Tech Mahindra Ltd is indispensable when faced with such large-scale issues. Edited excerpts:

What was the genesis of India2022?

Mehta: We are a group of like-minded companies that have come together to find solutions to seemingly impractical problems. Our philosophy is that new business models should reduce the environmental impact and increase the societal impact. It also comes from a belief that neither the government, nor civil society, nor even private corporations can do it alone.

Today, the cost of inaction is certainly much more than the cost of action; that belief brought us together. We certainly believe in the concept of compassionate capitalism as we are all diehard capitalists. So there was a definite need felt to create a new business model.

The idea is to bring together our collective might to pick up big issues, incubate ideas, come to the proof of concept and then look at scaling it up. We’ve picked up four areas to start with-Energise (a project to promote the generation of clean energy), healthcare, waste and sanitation, and sustainable mining.

There is a large focus on plastic, which has been a great invention. But there is a flip side: when you don’t segregate, collect, reprocess, recycle and reduce consumption, there is a huge collateral damage to the environment, whether it is (filling up) the oceans, choking the drains or the fact that plastic is based on fossil fuel.

We don’t want to demonize plastic but create an ecosystem where there is segregation at source, collection, and a focus on reducing, recycling and reusing. It is not being done in a one-off way or as a project, but by creating an ecosystem. In terms of healthcare, India is a country prone to cardiovascular diseases. We need solutions which are affordable and a business model where even a common man can get his ECG done locally in an affordable manner.

We are trying to bring about a convergence of ideas with a lot of innovators, government officials and academicians. There is a mind shift towards collaboration and partnership with very focused areas. We want to drive these projects with the same kind of focus and efficiency with which we drive our business.

What kind of progress have you made so far?

Mehta: It’s still early days; time to bring people together, identify the projects, set the milestones. (This event) is all about idea generation, alignment of minds, highlighting the issues and realizing that the solutions we need do not necessarily have to be invented. There are many solutions which could be cross-industry applications, many solutions we could get from the West. Six months from now, we should be able to talk about tangible delivery. We don’t want to overpromise and under-deliver.

Bjelland: The four areas are giant problems and they are systemic in nature. For example, if you want to drive the energy transition with the 175GW, that’s easy to talk about but difficult to do. In terms of sustainable mining, how do you transform a livelihood around the mines, for example? It has to do with all the other issues, and education; it’s a broader culture issue.

For example, the last time I was here, I was running along Marine Drive and I thought to myself: Why aren’t people swimming in this water? And then I saw all the plastic. This is not just a problem in India’s Marine Drive, this is a problem in Norway. We have an enormous amount of plastic waste there as well. It’s a global problem.

So we are up against a giant systems failure, which is impacting the entire world but you see it articulating itself very strongly in India, so we shouldn’t feel too bad about the challenges here.

We’ve been building teams from these companies to work on these problems. The challenge at hand is to approach the problem. We will have a profound understanding of how to unlock these systemic challenges 6 to 12 months down the line.

How do you bring everybody to the table and delegate the issues?

Mehta: That is where we are bringing in collaboration. India2022 is different because it is not being done on a one-to-one basis. We are bringing multiple companies to the table, who come with their own insights. We need a diverse set of insights and capabilities to address the four diverse issues. There would be a core team, made up by people from different companies, which would work on prototypes and experiment till we reach a stage where we can think of scaling up.

One of the biggest worries about Indian companies is admitting that something is wrong. Will they be able to admit if there is a problem and express the need to face it together?

Mehta: Today, there is an increasing realization that we must go beyond the metrics of top-line growth, bottom-line growth, return on capital, etc. Why do you think 196 companies came together to sign COP21? We are also aware of the challenges. It is partly altruistic, partly enlightened self-interest.

When a company like Unilever leads sanitation, we have a certain expertise in it. When Hindalco leads sustainable mining, it’s an issue but there’s also self-interest in it. The convergence of an altruistic motive and self-interest will drive these projects to fruition.

Have you taken this up with the government?

Mehta: We shared the idea with Pranab Mukherjee when he was president; he was quite enthused with the idea. Now, Suresh Prabhu has given us his complete blessing. Today, we had the industry minister for Maharashtra with us, he was pleased with the initiatives.

Such a large project cannot be taken up purely on behalf of the corporates.

Mehta: We absolutely do not believe that we can solve these issues on our own, but somebody must take the lead. We are completely clear that we will have to bring in the government at the right phase. It (the project) will require legislation, the creation of an enabling environment, direct intervention; there may also be a need for capital infusion at the right stage. If we don’t take action, we may be forced to change, which might not be in our interest, so we might as well lead the change.

Companies know that the environment is changing around them and they are acting accordingly. We know that 2% of corporate profits must go towards CSR (corporate social responsibility) projects, how is this project different?

Mehta: This is not about CSR, but about creating new business models where your impact on the environment is less and the positive impact on society is more. This has to be integral to your business, a part of your value chain; only then does it become sustainable. We firmly believe there is also an onus on the investor community, analysts and financial media to talk about these areas and put a premium on them because this is where long-term value creation comes in.

Bjelland: Our role is to point out a good initiative, even while working on one ourselves. We need to change the conversation. We are after business models at the intersection of human needs and commercial opportunity. We need to focus on the new jobs in a sustainable way, the human purpose and commercial viability. That’s the sweet spot where we try to manoeuvre all our projects. (Live Mint)

The Department of Personnel and Training, under the Government of India, launches digital platform to train all healthcare and COVID-19 warriors of India 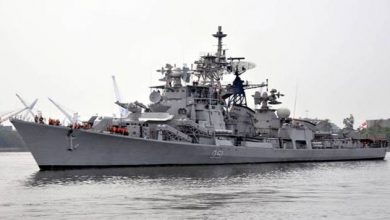 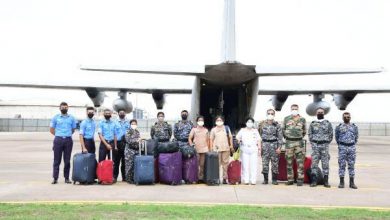 Augmentation of Manpower at Dhanvantari Covid Care Hospital at Ahmedabad