New Delhi: The International Solar Alliance (ISA) and the African Development Bank (AfDb), the Asian Development Bank (ADB), the Asian Infrastructure Investment Bank (AIIB), the Green climate fund (GCF), and the New Development Bank (NDB) signed Joint financial partnership Declarations here today. The International Energy Agency (IEA) also signed a Joint partnership Declaration with the ISA. The agreements were signed in the presence of Shri Arun Jaitley, Union Minister of Finance and Corporate Affairs and Shri R.K. Singh, Minister of State (I/C) for Power and New and Renewable Energy. The objective of the agreements is to deepen their cooperation in support of Renewable Energy. The previous three partnerships were signed by ISA with the World Bank, the European Investment Bank and the European Bank for Reconstruction and Development. The International Renewable Energy Agency (IRENA) will sign a Joint Partnership Declaration on 11th March 2018.

ISA is working for deployment of over 1000 GW of solar energy and mobilising more than US$ 1000 billion into solar energy by the year 2030.

On the occasion the Union Minister of State for Ministry of New and Renewable Energy Shri R.K. Singh said that ISA has potential to have a huge impact on future of planet. He added that today we are in a happy situation where renewable energy has become viable. He highlighted that solar energy was the future. The minister while highlighting that the effects of global warming were apparent with every successful year also informed that ISA today had 60 signatories and 30 parties already had ratified solar alliance.

The African Development Bank’s New Deal on Energy for Africa aims to achieve universal access to energy in Africa by 2025. AfDB’s transformative Desert to Power initiative in the Sahel and Sahara regions of Africa envisages 10 GW of solar power generation and providing clean energy to 90 million people. Together with the ISA, they would like to work on mobilization of concessional financing through existing, notably the Bank’s Sustainable Energy Fund for Africa and the Facility for Energy Inclusion.

The Asian Development Bank promotes a vision of an Asia and Pacific region free of poverty. ADB’s energy policy aims to help its developing member countries (DMCs) in Asia to provide reliable, adequate, and affordable energy for an inclusive growth in a socially, economically, and environmentally sustainable way and provide USD 3 billion per year by 2020 for clean energy, including solar energy projects in its DMCs.

ISA and ADB have joined hands for promotion of Solar Energy in Asia and the Pacific, including solar power generation, solar based mini-grids, and transmission systems dedicated for integrating solar energy into the grids and any other future programs launched by ISA.

The Green Climate Fund’s Strategic Vision includes financing innovative projects and programmes, inter alia supporting the application and dissemination of cutting-edge climate technologies. Both ISA and GCF promote the development of affordable, reliable and sustainable solar energy as an important way towards a sustainable and inclusive economic growth.

The New Development Bank’s purpose is to mobilize resources for infrastructure and sustainable development projects in the Federative Republic of Brazil, the Russian Federation, the Republic of India, the People’s Republic of China, and the Republic of South Africa (BRICS) and other emerging market economies and developing countries.

The International Energy Agency is an autonomous agency within the framework of the Organisation for Economic Co-operation and Development (OECD), which works to ensure reliable, affordable and clean energy for its 30 member countries and beyond. The IEA has four main areas of focus: energy security, economic development, environmental awareness and engagement worldwide. The IEA is at the heart of global dialogue on energy, providing authoritative statistics and analysis.

The International Renewable Energy Agency is a universal international intergovernmental organisation that plays a leading role in the global energy transformation by supporting countries in achieving the increased adoption and sustainable use of all forms of renewable energy.

No scarcity of fertilizers across the country during ongoing Kharif season: Shri Gowda 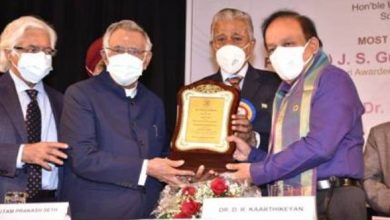